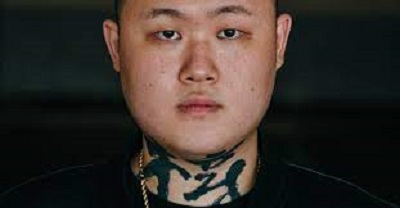 Mr. Shin, a 24-year-old fan of Korean hip-hop, was overjoyed to receive the commission. And it all started with the teeth moulds he made as a teenager while teaching himself how to make Rap Grills.

Mr. Shin now hammers out everything from bejewelled grills for South Korea’s tough-guy and tough-gal singers to diamond-studded jewellery (Lisa’s necklace, for example, contained more than 400 tiny ones) in a utilitarian walk-up studio in the teeming Seoul Station neighbourhood.

He and his three-person team do the majority of the fabrication, but he sends pieces out for specialty work such as casting, plating, and laser engraving on occasion.

Mr. Shin was boyishly excited one recent afternoon as he talked about meeting Lisa, the Thai rapper who is also a member of the South Korean girl band Blackpink. Her debut solo album, “Lalisa” (her full name is Lalisa Manoban), was released in September and has sold 736,000 copies in South Korea alone (the hit single’s video has over 330 million views on YouTube).

She met Mr. Shin about three years ago when her stylist requested Rap Grills for a video. “She came to me to be fitted for her grills, and we discovered we were the same age and shared a huge passion for rap and hip-hop,” he explained. “We became friends, and she liked my Instagram work.”

Mr. Shin declined to say how much the “L.M.” necklace cost, but he did say his most expensive commission to date was $253,000 for a South Korean brand designer.

He is already hard at work on another necklace for the rapper. “I have a stubbornness to create more than one version of any product,” Mr. Shin explained. “When the client presents one design, I suggest ten more.” The essence of custom jewellery, in my opinion, is to provide a one-of-a-kind symbol that is unique to that client. I believe it is a designer’s responsibility to present better and more interesting ideas.

Mr. Shin, who was born in Seoul, said he first became interested in jewellery when he was about six years old, despite always being drawn to shiny objects. “I first saw a picture of the American rapper ASAP Rocky wearing teeth grills on an album cover as a teenager, and the moment I saw it, I felt an intense ‘this is it’ moment,” he said. “When I first designed my Rap Grills in 2015, there was no grill culture in Korea.”

Mr. Shin explained that it was all trial and error. He enrolled at the Busan Institute of Science and Technology in 2016 as a jewellery design major, but dropped out after one semester — and then apprenticed with a jewellery maker who was just starting to make Rap Grills.

However, “there were so many complaints because the teeth grills didn’t fit and were super uncomfortable,” Mr. Shin explained. “I knew right then that I needed to study this on my own.” “When I was an apprentice, the grills were too thick.” “The singers were unable to rap.” Thinner is preferable for enunciation.

He made about 100 moulds of his own teeth using information he found on the internet, varying each one slightly until he was satisfied with the result.

He estimated that he had made 400 grills in the last six years, each one made from a customer’s alginate mould, the same impression material used by dentists and orthodontists. Some Rap Grills feature logos, such as currency symbols, and can almost completely outperform their wearers. Prices typically range from $2,500 to $21,000, according to him.