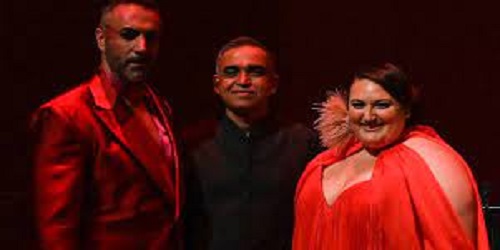 Singing R.B.G. Styles Praise. Since her death in September 2020, Supreme Court Justice Ruth Bader Ginsburg’s legacy has inspired a wide range of cultural paeons. They have included a New York Historical Society exhibition of the Justice’s souvenirs, a planned children’s picture book, and an off-Broadway play written by Dianne Nora. However, the most recent homage, a new piece by the Washington National Opera, may be the most fitting yet.

“Come Home: A Celebration of Return,” which runs from November 6 to 14, at the Kennedy Center, features renowned opera singers like as David Butt Phillip and Isabel Leonard performing songs that are loosely tied to Justice Ginsburg’s life and work: freedom, equality, and resilience. It will be the Washington National Opera’s first in-person performance since the early Covid-19 lockdowns, and will include not only songs from “Fidelio,” “Carmen,” “Macbeth,” and “William Tell,” but also costumes by New York Fashion Week designer Bibhu Mohapatra.

Justice Ginsburg was a longstanding supporter of the Washington National Opera and an opera enthusiast (the art form played a significant role in her friendship with her ideological rival, Justice Antonin Scalia). In 2016, the little judge even took on a modest, non-singing role in the company’s production of “The Daughter of the Regiment” for one night only. She was met with deafening ovation while beaming throughout her performance and wearing an extravagant chartreuse gown and stunning headpiece.

However, as much as she enjoyed opera, Justice Ginsburg was also a fashionista, notably adorning her court clothes with collars in a variety of designs and materials such as delicate lace, bright beads, and shells. She once drew attention to herself by wearing a pair of glittery, “Wizard of Oz”-style shoes to the White House. So it was only natural that when it came time to design the costumes for “Come Home,” the Metropolitan Opera turned to Bibhu Mohapatra, an India-born and New York-based designer.

Mr. Mohapatra was chosen in part because of his involvement with a previous staging of “Aida” in 2012, for which the designer presented an extravagant interpretation on Egyptian fashion that drew from his NYFW designs, according to the opera’s creative director, Francesca Zambello. Ms. Zambello desired a similar emphasis on clothing for “Come Home.”

“I thought it was crucial to have a visual thread of dress for all of the artists engaged,” Ms. Zambello explained.

“Ruth Bader Ginsburg was the biggest supporter for everything we do at the opera house,” she continued. She accomplished so much for our art form by publicising it and encouraging others to come that we should all be really thankful.”

To that aim, Mr. Mohapatra produced what he termed the “operatic couture” version of the Ginsburg aesthetic: jewel-toned summer gloves, a plethora of feather earrings, and a grandiose take on the black robe in the shape of ball dresses lavishly made of multicoloured muslins and silks.

The opera approached the designer about “Come Home” during a particularly tough moment in his life, according to the designer. Mr. Mohapatra was in India for the first time in more than two years, attending the burial of a sibling who died as a result of Covid-19 complications. Ms. Zambello made the pitch to him when he was touring parts of the subcontinent.