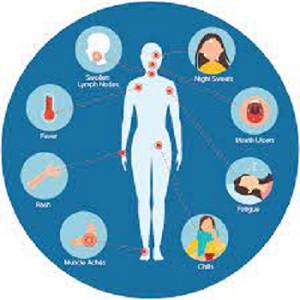 The life of Juliet Awuor Otieno can be used to tell the story of the past two decades in the fight against AIDS. In 2001, she was 18 years old and living in Nairobi, Kenya, when she discovered she was pregnant for the first time. She was tested for H.I.V. during a routine visit to the doctor.

According to projections made by the United Nations in that year, as many as 150 million people around the world would have been infected with HIV/AIDS by the year 2021. However, that calamitous outcome did not come to pass. The United Nations AIDS estimates that approximately 79 million people have been infected with HIV since the epidemic began, which is still a calamitous number, but only slightly more than half of the predicted total. The epidemic is still a calamitous number, but it is less than half of the feared total.

How did the process of turning things around begin?

In Kenya in 2001, as in many other parts of the world, an HIV diagnosis was accompanied by the terrifying prospect of imminent death. Antiretroviral therapy, also known as ART, is a daily regimen that prevents the virus from multiplying in the body. It had been shown to be generally effective, but it was also extremely expensive. According to Doctors Without Borders, a single patient would have to pay between $10,000 and $15,000 for a year’s worth of treatment in 2000.

In order to avoid the opportunistic infections that can occur as a result of H.I.V., Ms. Otieno, a reproductive health advocate, was prescribed the antibiotic Septrin. According to her, “I was never even told about art — I had no idea what art was.” She was embarrassed about being HIV positive and worried that her family would find out about her status, so she threw away most of the Septrin. He was 5 months old when he died from pneumonia. It is most likely that she transmitted H.I.V. to her baby boy, whom she gave birth to in 2002. The following year, she contracted toxoplasmosis, a parasitic infection that has left her right side partially paralysed to this date.

H.I.V./AIDS was rapidly gaining attention as a global human rights issue during this difficult time for Ms. Otieno. This attention set in motion changes that would begin to turn the tide of the global AIDS epidemic — and Ms. Otieno’s own personal experience with the virus as well. Pharma companies were pressured by activists to remove patent protection from antiretroviral drugs in order to lower the prices of the drugs, and generic medicine manufacturers were urged to develop more affordable versions of their products. In 2003, a patient in a low-or middle-income country paid $1,200 for a year’s worth of treatment. By 2018, the cost had dropped to less than $100.

Governments and international organisations have begun to take a more serious stance in the fight against HIV and AIDS. The Global Fund to Fight AIDS, Tuberculosis, and Malaria (Global Fund) was established in January 2002 with pledges totaling $1.9 billion from the Group of Eight countries. As early as the following year, then-President George W. Bush announced the establishment of the President’s Emergency Plan for AIDS Relief (PEPFAR), which began with a budget of $15 billion for five years and was intended to bolster treatment and prevention in the most severely affected countries, particularly in sub-Saharan Africa. According to the World Health Organization, the “3 by 5” initiative was launched in 2003 with the goal of enrolling three million people in antiretroviral treatment by 2005. (While the goal was not achieved, it did serve to motivate international organizations to take action.)

According to Annette Reinisch, a senior disease adviser at the Global Fund, “PEPFAR changed the landscape of HIV services by providing treatment in areas where the burden of the disease was greatest.”

According to Lucie Cluver, a researcher at the Universities of Oxford and Cape Town who specialises in AIDS and children, “it sounds simple to say that more people are on antiretroviral therapy today, but there’s a big system behind that.” To get a pill from a pharmaceutical company to a tiny clinic on a hill, you have to find someone who knows enough about the subject and is willing to work with the person who has to take it on a daily basis. There are all of these logistical and procurement processes, not to mention the stigma attached to it all. The magnitude of these accomplishments reflects a level of complexity that is intimidating when contemplated. ”

Many people with HIV/AIDS were able to manage their chronic disease within a decade of the United Nations’s warning. HIV/AIDS had previously been a lethal infection for millions of people all over the world.

Ms. Otieno learned that antiretroviral treatment was available in Kenya in January 2005 while visiting a Doctors Without Borders clinic in a Nairobi slum run by the organization Doctors Without Borders. During her counseling session, she was informed that the medications could cause side effects such as rashes and vomiting, and that if she missed any doses, she could develop more serious infections as a result. It was critical to have the support of family and friends. Ms. Otieno made the decision to pursue her treatment seriously after realising she had been given a second chance at life. After years of keeping her sexual orientation a secret, she finally told her mother the truth about herself.