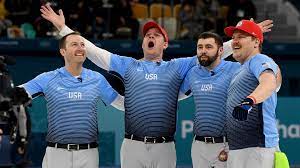 Curling 101: An Overview of Olympic History

Curling appeared as a medal sport at the 1998 Nagano Winter Games, and many thought it was finally making its Olympic debut after years. The Herald prompted the International Olympic Committee (IOC) to accept that the 1924 Winter Games in Chamonix, France, were, in fact, the location for curling’s debut as a medal event, rather than a demonstration sport, as had previously been assumed.
Great Britain won the three-team tournament in the inaugural Winter Games in Chamonix, defeating Sweden and France. Curling returned to Lake Placid as a demonstration sport eight years later. An eight-team tournament was held, with four teams from the United States competing against four teams from Canada.

Curling was also included in the Winter Games in 1936 and 1964, though not formally as a “demonstration sport.” Eight teams played in a modified version of German curling at the 1936 Garmisch-Partenkirchen Games; one of the Austrian teams won. Curling was again featured at the 1964 Winter Olympics in Innsbruck.
Curling returned to the Winter Games as a demonstration sport 24 years later. Curling-crazed Canadians snapped up the 21,000 tickets to the six-day championship in Calgary nearly as soon as they were on sale, and the sport sold out faster than anything else except figure skating and speed skating. The Canadian women’s team did not disappoint their fans, finishing first.

Curling was reinstated as a medal sport at the Nagano Winter Games in 1998. Sandra Schmirler’s Canadian team won the women’s championship after defeating Denmark in the final. The Swiss team, led by Patrick Huerlimann, won the men’s gold medal after defeating Canada in the final.

Schmirler, dubbed “Schmirler the Curler,” had won her third world title the year before the 1998 Nagano Games, and thus entered the Olympic contest as the favourite. Schmirler had given birth to her third child only eight weeks before the Canadian selection trials, and she returned to Canada as a hugely popular figure after her gold-medal victory. However, physicians discovered a cancerous growth in Schmirler’s thoracic cavity less than a year later. She died in March 2000, at the age of 36, of cancer.

Despite having won 29 of the 47 men’s world championship gold medals prior to the 2006 Olympic Winter Games, Canada’s men finished second in both Nagano and Salt Lake. The Canadians, led by Brad Gushue, avenged the disgrace by winning gold in Torino. The United States men’s rink, led by Pete Fenson, defeated Great Britain to earn the bronze medal, the country’s first at an Olympic Winter Games. In the women’s competition, Anette Norberg and her Swedish team defeated Switzerland to win gold.

Curling made its debut as a demonstration sport at the 1988 Calgary Games, but it was not until the 2010 Vancouver Games that it was recognised as a medal sport in the curling-crazed country of Canada. Though Scotland is widely considered as the birthplace of curling, it is in Canada that the sport has flourished and thrived. The Canadian men, led by Kevin Martin, put on a show for the hosts, winning gold and becoming the first country to go undefeated during an Olympic event. Cheryl Bernard’s rink lost to Norberg’s Swedish team in the gold medal final, denying Canada a clean sweep of the curling gold medals.

The Canadian women’s team, led by Jennifer Jones, was unbeaten throughout the 2014 Sochi Games, the first time this had happened in an Olympic women’s curling competition. It was also Canada’s first gold medal in women’s curling since the sport’s inception in 1998. By winning the men’s competition in 2014, Canadian Brad Jacobs and his team completed a gold-medal sweep for Canada. It was also Canada’s third consecutive gold medal in men’s curling, all of which were won by different teams. Since its reintroduction to the programme in 1998, Canada has been the only country to win a medal in men’s curling at every Olympics.

The United States’ performance in the 2018 Pyeongchang Olympics was remarkable. The United States men’s curling team, led by John Shuster, defeated Sweden 10-7 in the gold medal final to claim the country’s first Olympic curling victory. Sweden, the world’s top-ranked team, was the overwhelming favourite to win gold in Pyeongchang. The United States ended the round robin stage with an ordinary 5-4 record, but Shuster, along with Tyler George, Matt Hamilton, and John Landsteiner, pulled off the big upset over the Swedes in the final.

Meanwhile, Canada’s incredible run of success came to an end as they failed to win a medal in men’s curling for the first time in Olympic history. In the bronze medal match, they were defeated 7-5 by Switzerland.