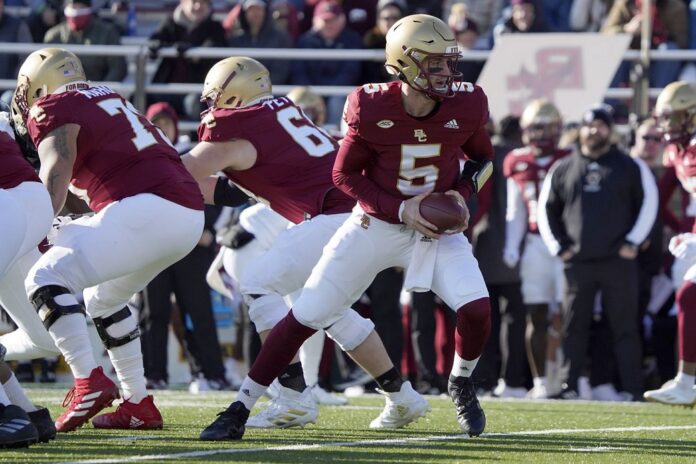 Four college football bowl games have been postponed because of Covid-19. Boise State Athletics notified Monday that all football team activities have been suspended in accordance with Covid-19 procedures. As a result, the Broncos will not participate against the Central Michigan Chippewas in Friday’s Arizona Bowl in Tucson, which has been cancelled, according to event organisers.

Boise State made its choice with input from its medical team, as well as campus and public health officials.

“We feel for the young men in our programme who were looking forward to concluding their seasons and, in some cases, their football careers,” Boise State Director of Athletics Jeramiah Dickey said in a statement. “I would want to express my personal gratitude to Kym Adair and her staff at the Arizona Bowl for putting together an outstanding student-athlete and fan event that we are incredibly sad to have missed.”

Jennifer Strawley, Miami’s deputy director of sports, stated that the university was “very upset” to be unable to compete in the Sun Bowl.

“However, given to the high amount of Covid-19 instances on our roster, we do not have enough student-athletes to compete safely, and our student-athletes’ health and safety will always come first,” Strawley stated.

As of Monday, five bowl games have been disrupted in the last week by an increase in Covid-19 cases in the United States, which has also harmed professional sports, congested Christmas travel, and strained health care systems.

University in Annapolis, Maryland, was postponed owing to a lack of eligible athletes at Boston College due to an increase of Covid-19 cases, Director of Athletics Pat Kraft stated.

“Unfortunately, as a result of the increase in cases of Covid-19 inside our programme since our arrival, as well as season-ending injuries, opt-outs, and transfers, we simply do not have enough players to field a team,” Kraft stated. “While we are sorry that we will not be able to continue the season as a team, the health and safety of our programme is our primary concern.”

Cancelling is a “awful circumstance,” Steve Beck, the Bowl Games president and executive director, said in a statement.

“We’d want to express our gratitude to everyone who worked so diligently to make the game a reality. Naturally, the players’ and coaches’ health and safety are paramount “‘He stated. “I understand the decision not to play, but it’s disappointing.”

The Military Bowl Parade and Tailgate Festival, which were both slated for Monday, have been cancelled.

The inaugural Fenway Bowl in Boston, planned for Wednesday between the University of Virginia and Southern Methodist University, has also been cancelled.

The University of Virginia’s high number of Covid-19 cases also precluded the institution from participating in the Fenway Bowl safely, according to the school.

“We applaud our team’s and coaching staff’s efforts. They deserved this bowl invitation, and it’s a shame they’ll be unable to participate in the game to finish the season “‘She stated. “We regret the impact this has had on our fans who planned to attend the game, as well as the SMU programme and its fans.”

All Fenway Bowl-related activities will cease, according to Fenway Sports Management.

“While we are sorry that the Wasabi Fenway Bowl will not be contested this year, we appreciate the efforts of our community partners, sponsors, volunteers, and stakeholders in bringing college bowl season to Fenway Park,” Fenway Sports Management stated in a statement. “We’d want to express our gratitude to both schools and fanbases for their ardent support. We look forward to seeing you all at the Wasabi Fenway Bowl in 2022.”

Texas A&M University confirmed on Wednesday that it will be unable to compete in the Gator Bowl versus Wake Forest University on New Year’s Eve. According to organisers, Rutgers University will take the place of Texas A&M in the game.

An earlier version of this item stated falsely that the Sun Bowl had been cancelled. Washington State and Bowl Games officials were scouting for a replacement squad for the Miami Hurricanes.