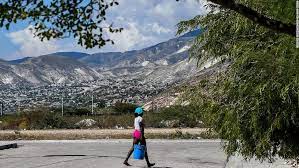 A Haitian kidnapping ring is demanding $17 million in ransom for American missionaries who have been kidnapped. Liszt Quitel, the Justice Minister, stated that the FBI and Haitian police are in communication with the kidnappers and are attempting to secure the return of the missionaries, who were taken last weekend just outside the capital Port-au-Prince by a group known as 400 Mawozo. Mr. Quitel said there are five children among the missionaries, one of which is an eight-month-old baby and the others are three, six, fourteen, and fifteen years old.

President Biden has been briefed, according to White House press secretary Jen Psaki, and the FBI will assist Haitian officials in investigating the kidnapping and attempting to negotiate a release.