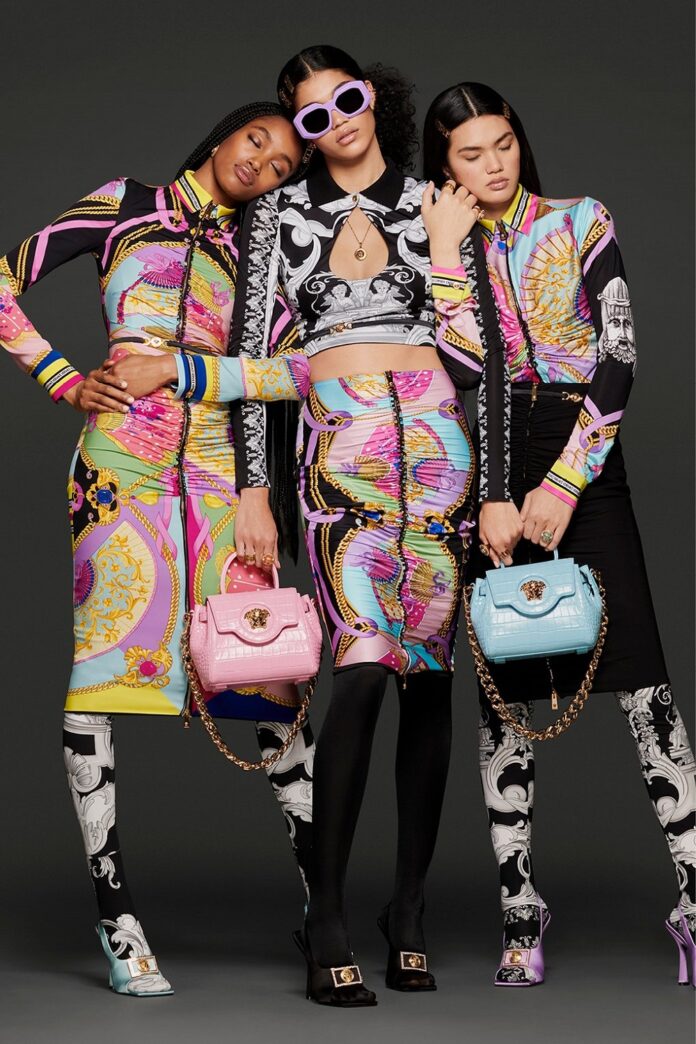 Milan Fashion Week came to a conclusion with a bang thanks to the fashion exchange between Versace and Fendi, which seems like it was just yesterday. However, while the partnership and its star-studded presentation continue to be talked about, it turns out that the Fendace collection was only the most buzzed-about and glossy tip of Versace’s pre-fall collection.

In addition to Versace’s own label, the firm launched a powerful, feminine portfolio that drew inspiration from the same outspoken woman and early-2000s image, but was distinct in terms of style standards and attitude to fabric innovation.

It was Donatella Versace’s third season as chief creative officer, and she continued to develop the Greca monogram, which appeared as an allover motif on an array of items, ranging from jersey dresses to knit twinsets and even a rainbow crystal-bedecked party frock in its more flashy expression to the texturized surface of tweed coats in its more subtle application.

The collection, which juxtaposed solids with the house’s signature prints, experimented with second-skin effects through jersey separates that stretched across the body and were punctuated by micro ruching techniques, as well as through vegan latex pieces that added an extra dose of fierceness to the collection.

Keyhole details were prominent throughout the collection, as seen by a number of superbly fitted black coats, jackets, and dresses. The distinctive Barocco design, which was presented in black and white for the first time, added a graphic element to the shapes.

On silk shirts, pencil skirts, and minidresses, a more vibrant design based on fan motifs was also prominent, and it was a standout in all its Versace splendour. In its most literal form, the new theme was a super fun element, especially when it was reinterpreted as crystal appliqués on an off-the-shoulder pink leather jacket; a plunging black gown with plunging side slit; and lovely short dresses with Dua Lipa’s name emblazoned across the fabric from every inch of their pastel-toned fabric.