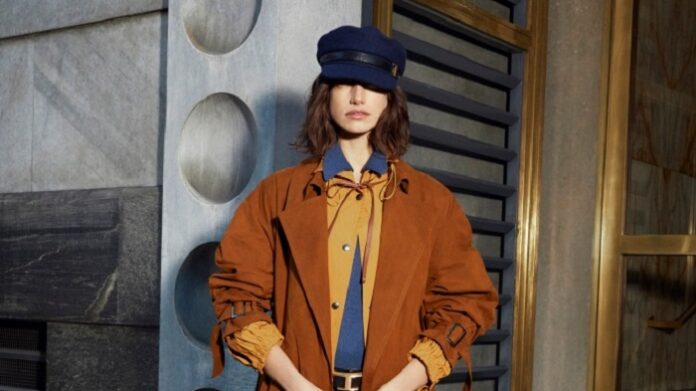 Tod’s creative director Walter Chiapponi wanted to show off the more casual part of the high-end lifestyle that the brand’s name conjures up in order to inject more spontaneity into the brand’s premium offering for pre-fall.

A varied selection of designs were on exhibit as a consequence, including anything from big trenchcoats and quilted parkas to a knitted wrap coat inspired by kilim rugs and presented with matching bags, among other things. An extended striped cardigan with chunky fringe, which gave the outfit a grunge feel, was also included, as was the application of Gommino’s signature leather and pebble pattern to a traditional denim jacket with strange patches on the sleeves, which was inspired by the 1950s. “I like how our Gommino [pebble-sole] creates a distinctive footprint when you walk, so I wanted it to leave a distinctive impression in the ready to wear as well,” Chiapponi remarked.

Although the designer’s tactile approach was still present in his collection, the designer incorporated a variety of texture-playing accessories, ranging from quilted tote bags to alternatives that mould soft leather into origami-like geometric shapes.

The footwear collection, which was infused with a 1960s ambiance, had striking, square-toed proportions as well as heavy heels on moccasins and ankle boots, which contributed to the everyday appeal of this urban wardrobe, which was packed with covetable must-haves.