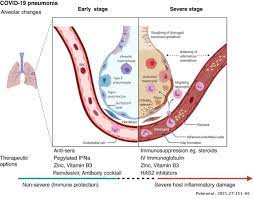 Despite centuries of medical dogma, a group of South African researchers discovered that breathing may be a stronger factor to tuberculosis spread than coughing, the trademark symptom.
According to the study, up to 90% of TB bacteria emitted by an infected individual may be conveyed in tiny droplets called aerosols that are expelled when a person exhales deeply. The findings were presented at an online scientific meeting on Tuesday.
The coronavirus, too, spreads through aerosols transported aloft, particularly in enclosed spaces – a mode of transmission that was frequently overlooked as the pandemic unfolded.

Mycobacterium tuberculosis, a bacteria that affects the lungs, causes tuberculosis. According to a WHO report released this week, it is the world’s deadliest infectious disease after Covid-19, killing more than 1.5 million lives last year.
In 2020, 5.8 million people were diagnosed with tuberculosis (TB) as the Covid epidemic disrupted access to health care and supply systems around the world. However, the World Health Organization believes that approximately 10 million people were affected.
“Our model suggests that aerosol generation and TB formation can occur independently of symptoms,” said Ryan Dinkele, a PhD student at the University of Cape Town who presented the findings.

The discovery helps to explain why densely crowded indoor spaces, such as jails, are often breeding grounds for TB, as they are for Covid. Furthermore, the research reveals that some of the strategies used to minimise coronavirus transmission, such as masks, open windows or doors, may be ineffective.
“Those of us who work in tuberculosis look at Covid and say, ‘Wow, it’s simply a sped-up version of TB,'” said Dr. Robert Horsburgh, an epidemiologist at Boston University who was not involved in the research.
Previously, researchers assumed that the majority of tuberculosis transmission happened when an infected person coughed, spraying droplets containing the bacterium onto others. Some bacteria were assumed to be discharged while someone breathed, but far less than when they coughed.

More bacteria can be expelled by a single cough than by a single breath. However, if an infected individual breaths 22,000 times each day while coughing up to 500 times, coughing accounts for as low as 7% of total bacteria exhaled by an infected patient, according to Mr. Dinkele.
“Just just breathing would produce more infectious aerosols than coughing,” Mr. Dinkele said on a packed bus, at school, or at work, where people remain in cramped places for hours.
Inhalation opens microscopic air sacs in the lungs, and exhalation transports microorganisms out of the lungs via aerosols. Aerosols produced by tidal breathing can float in the air for extended periods of time due to their lower size.

As with Covid, some TB patients disseminate the disease to a large number of individuals and may discharge a large number of bacteria, whilst others infect only a few people around them. However, even if 90 percent of the bacteria emitted by an infected individual were transported in aerosols, this route of transmission would not account for 90 percent of new cases, according to Dr. Silvia S. Chiang of Brown University.