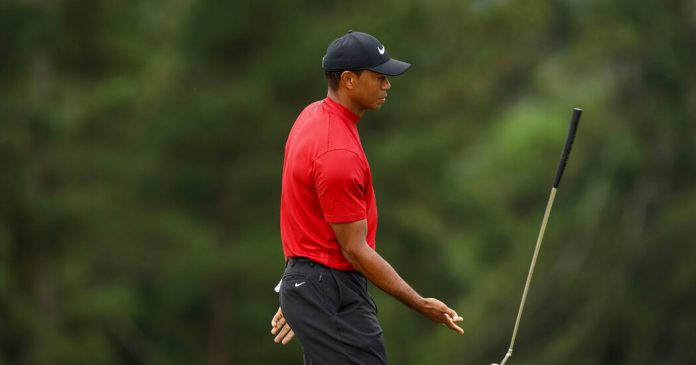 Tiger Woods hopes to return to the PGA Tour, but not as a full-time player, something he described as a “unfortunate reality” that he has accepted in a 30-minute video interview with Golf Digest published online Monday.

“I think something realistic is playing the Tour one day — never full time, ever again — but pick and choose, just like Mr. Hogan did and you play around that,” Woods, 45, said, referring to nine-time major champion Ben Hogan, who played sporadically, if effectively, after breaking multiple bones in a devastating 1949 car crash. “You practise around that, and you prepare for it.” That’s probably how I’ll have to play it from now on. It’s a sad reality, but it’s my reality. And I get it, and I accept it.”

In a single vehicle crash outside of Los Angeles on Feb. 23, Woods suffered comminuted open fractures of both the tibia and the fibula in his right leg. He was hospitalised for three weeks after undergoing emergency surgery. Tiger Woods said he was facing the possibility of having his right leg amputated at the time.

“There was a point in time when — I wouldn’t say it was 50-50 — but it was damn close if I was going to walk out of that hospital with one leg,” Woods said in a Zoom interview video, which began with the smiling golfer striding toward the camera without a noticeable limp, inside his South Florida home.

Tiger Woods, who has had several back surgeries, including a fusion in 2017, returned to professional golf and won the 2019 Masters, his 15th major title, a comeback Woods mentioned on Monday.

“I had to climb Mt. Everest one more time after my back fusion,” he explained. “I had no choice but to do it.” This time, I don’t think I’ll be able to climb Mt. Everest, but that’s okay because I can still play golf. If my leg improves, I may be able to enter a tournament here and there. But I don’t think it’s realistic to expect me to climb the mountain again and make it all the way to the top.”

“I don’t have to compete and play against the best players in the world to have a great life,” he added.