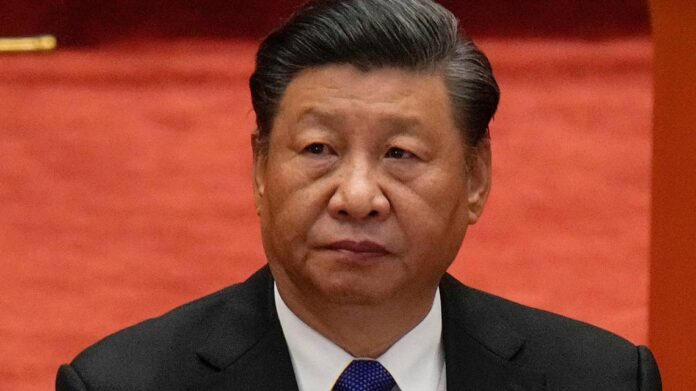 The Chinese government’s plans to host the Winter Olympics in 2022 in the face of criticism over its human rights records in Xinjiang, Tibet, and Hong Kong were one of the major stories of 2021. Not to mention how it deals with the US this year, under a new president, Joe Biden.

In 2021, the country’s governing Communist Party reinterpreted history for the third time, elevating leader Xi Jinping to the same rank as founder Mao Zedong and “reform and opening-up” architect Deng Xiaoping. Does it revere him as politically untouchable?

This year has been difficult for China in many ways. Internationally, they had the inauguration of Trump’s successor, who had caused China a lot of grief. Some hoped Biden would bring a softer attitude to China. That hasn’t happened. Biden has adopted many of Trump’s strong stances on China. And while the relationship has clearly shifted, it hasn’t improved. It’s probably grown worse. And I think everyone is now convinced that the future for US-China ties is bleak in the short to medium term. So, while both parties are sniping at one other, the aim is to maintain the relationship from getting worse, not better.

It seems Xi and Biden recently had a cordial talk. They avoided the harsher terminology. That was seen as a win. But I don’t think the basics changed. Recent events involving Chinese tennis star Peng Shuai, who was abducted and effectively silenced after making a sexual assault accusation against a former senior Chinese official, demonstrate the attitude of the West in general. Also, with the Winter Olympics approaching, the pressure on China to respect human rights in Tibet and Xinjiang. These issues keep cropping up, dampening any efforts to restore ties.

Likewise, domestically. China has many difficulties ahead of it. The Communist Party under Xi Jinping is worried about some of the excesses in the real estate market, some of the speculating, and has moved to reign in the excessive lending in that sector. At the same time, it has sought to regulate portions of the IT industry. They harmed the economy collectively. I believe shoppers are frightened. Even those with money are not spending as freely. It’s a fine line between increasing economic control and risking hurting economic growth, which is vital for any country, but especially China.

The goal is to keep the party in power. Part of that has been to establish Xi as a strong and powerful leader, one who will outlive his two predecessors by around ten years. Xi is certain to win a third five-year term as party head, which would make him president for five more years. Some speculate that he may be planning to stay in power for the rest of his life. As a result of this year’s 100th anniversary of the Communist Party’s foundation, the party and Xi have positioned themselves as the party’s irreplaceable leader.

A country’s second Olympics will never be as large as its first. So, I think the first Winter Olympics, whether it’s China, South Korea, or Japan after WWII, sort of symbolises an entry on the global scene as a country that can effectively hold an Olympics. So you can show the rest of the world what you’ve done. Beijing undoubtedly did that with the 2008 Winter Olympics. The other aspect after 2008 is China’s tendency toward undoing part of the opening up that had occurred in the preceding two decades. To preserve power, the party planned to tighten control over society, the country, the people, and the economy.