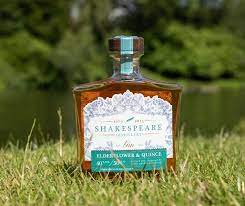 Double award winners at Shakespeare Distillery, despite a difficult year that saw the company grow from strength to strength. The independent artisan spirit manufacturer received the Trip Advisor Travellers’ Choice Award 2021 and a silver medal in the International Wine & Spirit Competition 2021 for its Jester White Rum, which was the joint highest-placed British manufactured unaged white rum.

The rum received a high score of 90 points out of a possible 100, and the judges described it as “very palatable and packed full of tropical fruit flavours.” Shakespeare Distillery debuted its Jester White Rum in April, followed by its Jester Spiced Rum in June. The Distillery is pleased to be one of only a few distilleries in the UK that produces their rum entirely on-site. British molasses is slowly fermented in their massive fermenter ‘Titania’ to make a flavorful base rum, which is then twice distilled to create a very smooth, handcrafted British spirit.

Every year, Tripadvisor, the world’s largest travel website, compiles all of the reviews and ratings that travellers post from across the world and uses that data to highlight the finest. Traveller’s Choice honours businesses that frequently get positive user feedback, and winners are recognised in the top 10% of businesses on Tripadvisor. Shakespeare Distillery distinguished out in the midst of a difficult year by consistently pleasing visitors. Distillery Tours, Gin Schools, Cocktail Masterclasses, and River Avon Gin Cruises are now available at full capacity at the multi-award-winning tourist centre.

In addition, the Distillery has just created two distillery specials: Limoncello and Orangecello. The team has been hard at work experimenting with different flavours and spirits to develop these delectable new limited edition spirits. The Limoncello has a strong lemon flavour with a little sweetness, while the Orangecello captures the sweet flavour of succulent Mediterranean oranges.

Shakespeare Distillery spirits can also be purchased in their No. 1 High Street store in Stratford, in addition to their onsite distillery shop. The Distillery built their new shop last year, amid the height of the epidemic, and was one of a few independent merchants to open in Stratford town centre at the time.

As a result, a recent recruiting drive resulted in the hiring of two distillery assistants through the Government Kickstart Scheme.
“Our growing staff is incredibly happy to have won these two accolades and have something to celebrate,” said Peter Monks, Director at Shakespeare Distillery. We are extremely pleased with the wonderful feedback we have got and would like to thank everyone who has taken the time to submit a Tripadvisor review. As one of the few manufacturers manufacturing rum from scratch, significant time, work, and passion have gone into the development of Jester White Rum, and this acknowledgement reflects that.”

Shakespeare Distillery is no stranger to winning awards, last year the company won the New Tourism Business Award in the West Midlands Tourism Awards for their destination distillery experiences.