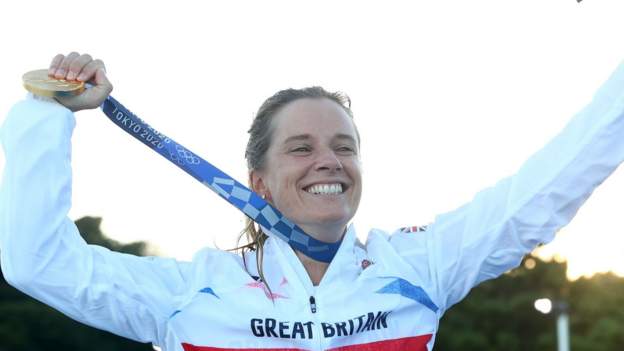 Hannah Mills of the United Kingdom will create history once more when the SailGP features female sailors for the first time.
Mills, the most successful female Olympic sailor with two gold medals and one silver, is one of eight women racing this weekend in Cadiz, Spain. After completing trials, Ben Ainslie chose the 33-year-old to join his Great Britain SailGP team.

“This is very revolutionary for female sailors and the sport,” Mills said.

“I can imagine how motivating that would have been for me when I was younger.”

In 2020, SailGP launched the Women’s Pathway Programme to “promote inclusivity, inspire change, and create opportunities across all levels of the sport.”

The $1 million (£735,305) prize competition has added a crew place to each of its F50 catamarans.
Nina Curtis of Australia, Katja Salskov-Iversen of Denmark, Amelie Riou of France, Sena Takano of Japan, Erica Dawson of New Zealand, Andrea Emone of Spain, and CJ Perez of the United States are the other female sailors racing this weekend.
“The more professional options there are for women, the more women will participate,” Mills noted.
“It’s the most adrenaline-pumping sailing I’ve ever done. The speed and G-forces you experience as you round turns are really incredible. The boat may appear to be on the verge of capsize.”

“Hannah is a tremendous team player,” said Ainslie, the most successful male Olympic sailor. Talent is self-evident. The outcomes speak for themselves. They don’t get any better in female sailing.

SailGP to include women for the first time