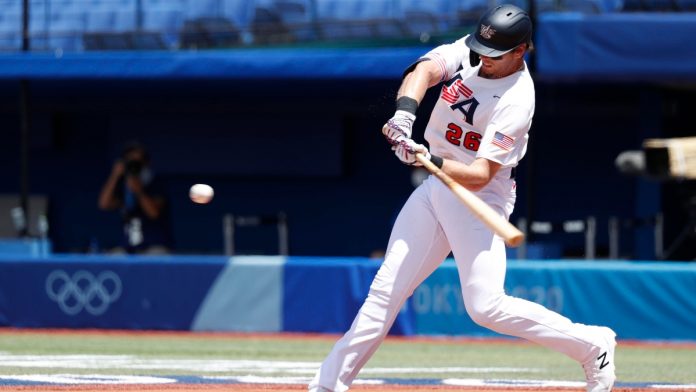 Triston Casas, a Red Sox prospect, blasts another home run in the Olympics. The baseball world is taking note of what Triston Casas is accomplishing in Japan.

On Wednesday, the Boston Red Sox prospect and Team USA first baseman smashed his third home run of the Tokyo Olympics. Casas’ latest blast handed the United States an early lead against the Dominican Republic in a game it would go on to win 3-1, keeping its gold medal chances alive.

Casas plays for the Double-A Portland Sea Dogs in the United States, and he smashed this home run off a familiar face: Sea Dogs and Dominican Republic pitcher Denyi Reyes.