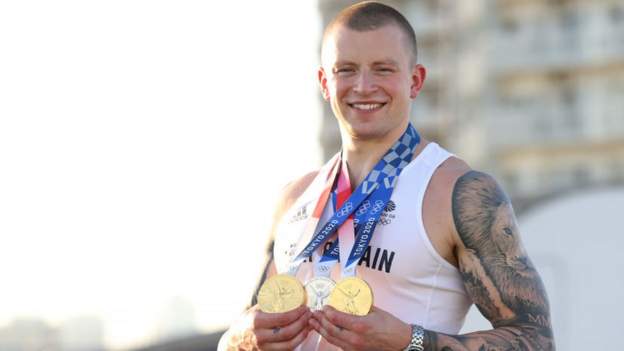 Olympic gold medalist Adam Peaty has urged the government to increase its support for elite athletes who “can’t pay their bills with patriotism.”

“When you go to the Olympics and we come in third or second place on the medal table, the government will get all the credit,” Peaty said.

“The government and the country reap those benefits,” he told the Digital, Culture, Media, and Sport (DCMS) committee.

We represent that, and we fly that flag with pride, but patriotism cannot pay our bills. Other companies and sponsors have shown their support for me, but the government must do more.”

In addition to lottery funding, the government announced in August that it would provide £77.4 million per year to elite Olympic and Paralympic programmes in the three years leading up to the Paris Games in 2024.

The United Kingdom won 65 medals at this summer’s Olympics in Tokyo, compared to 15 at the 1996 Atlanta Games, one year before lottery funding was introduced.

Peaty, a three-time Olympic gold medalist, also urged the government to improve grassroots sport funding to avoid the closure of leisure centres and to invest in coaches, saying, “The lottery can only do so much.”

“I’m not a politician,” he stated flatly. “I’m not sure where the money will come from, but I know if you have a healthier nation, a fitter nation, a happier nation, and a valued nation, the return on investment will be fantastic.”

Through the coronavirus pandemic, the government and the Lottery provided a total of £220 million to community clubs and exercise centres across the country, which was distributed by grassroots funding body Sport England.

However, DCMS member Kevin Brennan told Peaty that national lottery operator Camelot increased its funding to good causes by only 2% between 2009-10 and 2016-17, despite a 122% increase in profits.

When Brennan asked if Camelot had committed a “massive moral failure,” Peaty responded, “If I looked at my company and knew what I was doing, getting 120 percent profits and only giving two percent back to a good cause, I would feel morally depleted.”

Camelot responded, saying, “It’s disappointing to see people referring to an outdated, flawed report that paints an inaccurate picture of the current health of the National Lottery.”

“We keep about 1% of the profits. We achieved record national lottery sales of more than £8.3 billion last year, with more than £7.9 billion returned to winners and society, compared to £78.1 million retained in profit.

“Returns for good causes are now £500 million higher per year than they were when the third licence was first granted in 2009, while profit is up £33.6 million.”