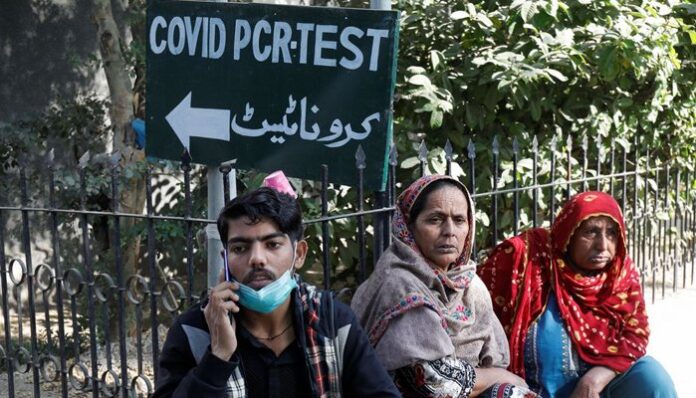 As the Omicron virus spreads, Pakistan is on track to meet its immunisation target for 2021. Pakistan said on Friday that it has met its goal of vaccination 70 million people against coronavirus by 2021, despite an increase in the number of infections of the new COVID-19 subtype, Omicron.

The Omicron variation, which the World Health Organization has designated as a “variant of concern,” appeared in November and quickly rose to become the pandemic’s dominant variety, resulting in record numbers of new cases throughout the world.

Asad Umar, the Chairman of the National Command and Operation Center, stated in a series of tweets that the federal government had so far bought vaccinations worth approximately Rs250 billion for the country.

According to the National Control Organization of Pakistan, a total of 156.6 million doses have been provided thus far.

Prime Minister Imran Khan praised the National Coordination Committee (NCOC) for collaborating with provincial health authorities and contributing to Pakistan’s achievement of the immunisation objective, and hailed the organisation for its efforts.

The World Health Organization, on the other hand, has warned of difficult times ahead, stating that Omicron might result in “a tsunami of cases.”

“This […] will continue to put enormous strain on fatigued health workers and health systems that are on the verge of collapsing,” Tedros Adhanom Ghebreyesus, the head of the World Health Organization, has stated.

The first Omicron case in Pakistan was recorded on December 13 in Karachi, and according to a Geo.tv tally, the total number of cases in the country has reached at least 133 to this point.

Officials warned earlier this week that Pakistan might see the fifth wave of COVID-19 around the middle of February 2022, with daily detections of approximately 3,000-4,000 cases per day, according to the World Health Organization.