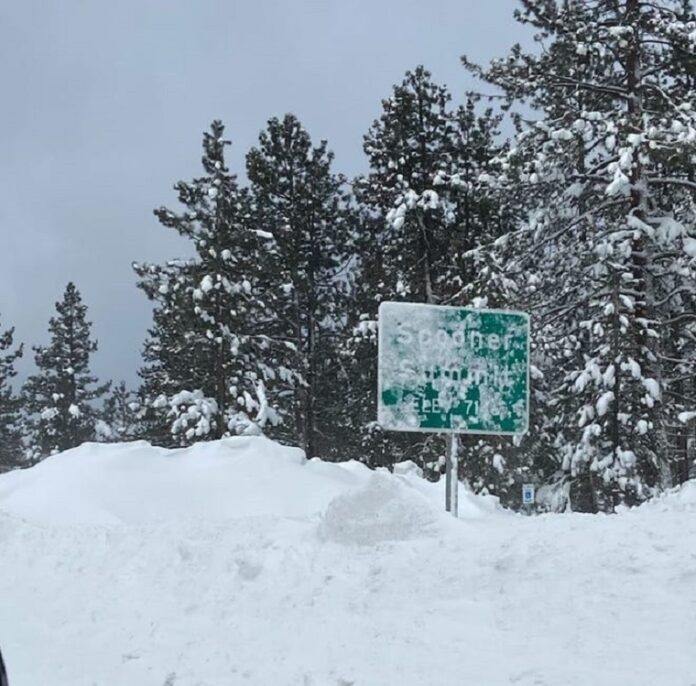 According to the University of California, Berkeley Central Sierra Snow Lab, snow accumulations in December totaled 193.7 inches, smashing the previous record of 179 inches set in 1970.

According to the lab’s website, it has received approximately 39 inches of snow in the last 24 hours, with the possibility of exceeding 200 inches today.

The lab, which was erected in 1946 by the United States Weather Bureau and the Army Corps of Engineers, is home to one of the world’s longest-running manual snow depth records, which dates back to 1879 and is still in use today.

In the words of Dan McEvoy, regional climatologist for the Western Regional Climate Center: “This has proven to be a really good storm for the Sierra Nevada region.”

He described the storms that arrived in December as “creating a right-side-up snowfall.” Earlier storms were wetter, with higher elevation snow, but temperatures and snow levels dropped as the storms progressed lower in elevation.

The increase in water content, as well as avalanche worries, is a plus, according to McEvoy.

Moreover, it will aid in maintaining a healthy snowpack for surrounding ski resorts, even if the region experiences a prolonged dry period.

According to McEvoy, the month of December has been “quite outstanding.”

However, he emphasised that it is conceivable for drought conditions to reappear in the future.

“If I had to underline one point, it would be that the drought is not yet finished,” says the author. For the winter to be successful, we need storms to persist.”