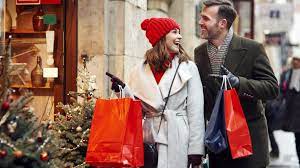 Klarna’s Holiday Retail Report Predicts Early Shopping and Increased Budgets. Consumers are getting a head start on Christmas shopping this year, according to Klarna’s annual holiday study, with 71% planning to start buying gifts before December and 22% having already begun.

The company’s yearly research examines more than 24,000 U.S. shopper surveys as well as internal shopping data from its 20 million customers across the country.

According to Klarna’s survey, the major reason for getting a head start on holiday gift shopping this year is to “take advantage of seasonal bargains,” which is cited by 72 percent of consumers. According to data from Klarna, nearly half of customers expect to make the “majority of their purchases” on Black Friday this year.

Despite the fact that Black Friday has traditionally been a physical retail event, 56 percent of shoppers said they plan to make the majority of their Black Friday purchases online, compared to 23% who said they will shop mostly in-store on the day and 20% who said they will buy both online and in-store equally.
Big-box retailers have been identified as the most popular site to shop for holiday gifts this holiday season, with 62 percent of customers planning to purchase at these stores, followed by 37 percent planning to shop at department stores, and 34 percent planning to shop at malls.

As supply chain concerns continue to plague retailers throughout the country, half of shoppers said they are starting early to assure product availability and 45 percent said they want to prevent delivery delays. Nearly 40% of shoppers also stated that they will buy early to minimise last-minute stress.
Unsurprisingly, 78% of Gen Z and 79% of Millennials claim they’ve bought something after seeing it on social media. Although, according to Klarna’s survey, these platforms are progressively impacting older generations as well, with 55 percent of Gen Xers and 20% of Baby Boomers reporting that their feeds have influenced them.

Livestream shopping events, which have grown in popularity as a result of the pandemic, offer buyers an engaged experience. The bulk of younger buyers — over 70% of Gen Z and Millennials — are enthusiastic with the experience.

Meanwhile, according to Klarna’s statistics, more than a third of consumers want to spend more this year, with Gen Z and Millennials leading the way at 57% and 53%, respectively. By contrast, 32% of Gen Xers and 12% of Baby Boomers said they will increase their holiday spending this year.

“Because a large percentage of customers intend to start their holiday shopping early this year, brands should be aware that this group plans to spend 16 percent more on average than those who begin later,” said David Sykes, president of North America at Klarna. “To tempt these early shoppers, merchants should offer some of their finest Christmas bargains far earlier than normal, while keeping an eye on Black Friday and Cyber Monday, which are expected to remain the season’s largest shopping days.”

According to the Klarna survey, when Gen Z, Millennials, and Gen Xers go shopping, they prefer to pay for gifts with debit rather than credit, however the majority are searching for flexible payment options.

“Shoppers with the largest budgets are twice as likely to seek out flexible payment options, such as Klarna’s interest-free Pay in Four solution,” added Sykes. “Whether shopping in-store or online, 80 percent of customers anticipate a streamlined experience with easy payment options.”