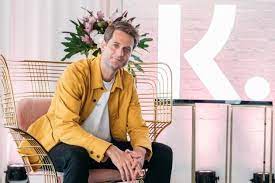 Executives from Klarna and DVF will meet to discuss the future of fashion. Sebastian Siemiatkowski, CEO and Co-Founder of Klarna, envisions a new future for fashion in the aftermath of a worldwide pandemic that has transformed how, why, and where customers purchase. It’s a future that’s being shaped right now as buyers release pent-up demand after refraining from purchasing and flying during the peak epidemic season.

Next week, Siemitkowski will be joined by Gabby Hirata, president of DVF, to explore these and other themes at the WWD Apparel & CEO Summit headlined “The New Future: Roaring in the 20s.” Evan Clark, WWD’s deputy managing editor, will lead the panel “Fashion Forward: Creating a New Future.”

The session’s subjects will also address how digitization is transforming the business and how livestreaming is moving beyond testing and experimentation outside of China to become a profit centre for brands and merchants. Siemiatkowski and Hirata will also examine how brand and product curation is changing – both online and in physical locations. The two will also discuss how data is being utilised to guide not only product creation and merchandising, but also to identify larger consumer trends and insights.

Hirata began working with DVF in January 2020. She formerly worked as the chief strategy officer of Jill Stuart and as the managing director of Adeam, a Japanese luxury company located in New York. Hirata previously worked in product development and supply chain at Ralph Lauren, where she was in charge of the global procurement of Blue Label and the introduction of Polo for Women.

Klarna was formed in 2005 by Siemiatkowski. As CEO of Klarna, he is in charge of the company’s fast global expansion. Klarna provides various payment alternatives for consumers and merchants, as well as social shopping and personal financial solutions. H&M, IKEA, Expedia Group, Samsung, ASOS, Peloton, Abercrombie & Fitch, Nike, and AliExpress are just a few of the company’s nearly 250,000 retail partners. Its solutions are offered for both digital and in-store shops.