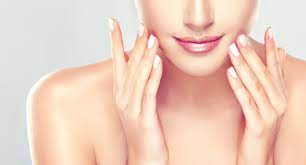 how fat do wonders to your skin?

While most of us prefer to avoid oil, studies claim that eating oil as part of a well-balanced ketogenic diet is actually good for your skin.
“This research contributes to a better understanding of the potential effects of very high-fat ketogenic diets on skin inflammation and emphasises the importance of the fatty acid composition in the diet,” said Barbara Kofler, Ph.D., Research Program for Receptor Biochemistry and Tumor Metabolism, Department of Pediatrics, Paracelsus Medical University, Salzburg, Austria.

“However, ketogenic diets heavy in medium-chain triglycerides (MCTs), particularly when combined with omega-3 fatty acids, should be utilized with caution because they may aggravate preexisting skin inflammatory problems,” Barbara Kofler warned.
Ketogenic diets are becoming more popular as they promise to treat a variety of ailments while also promoting weight loss. According to the study published in the ‘Journal of Investigative Dermatology,’ they are now being studied as a potential therapeutic for several disorders and have been proposed to act as an anti-inflammatory in specific circumstances.
Because of their reputed health-promoting advantages, dietary products containing coconut oil (rich in MCTs) or fish oil (high in omega-3 fatty acids) ingested as part of a ketogenic diet are promoted and utilized by the general population.
The researchers hypothesized that high-fat ketogenic diets would slow the onset of psoriasiform skin inflammation and that partial supplementation of long-chain triglycerides (LCTs) with MCT and/or omega-3 fatty acids would boost these effects even more.
The study did not prove that notion, but it did indicate that a ketogenic diet based on LCTs does not aggravate skin inflammation.
“Ketogenic diets supplemented with MCTs not only induce the expression of pro-inflammatory cytokines but also lead to an accumulation of neutrophils in the skin, resulting in a worse clinical appearance of the skin of the mice,” co-lead investigator Roland Lang, Ph.D., Department of Dermatology, Paracelsus Medical University, Salzburg, Austria, explained the study’s findings.