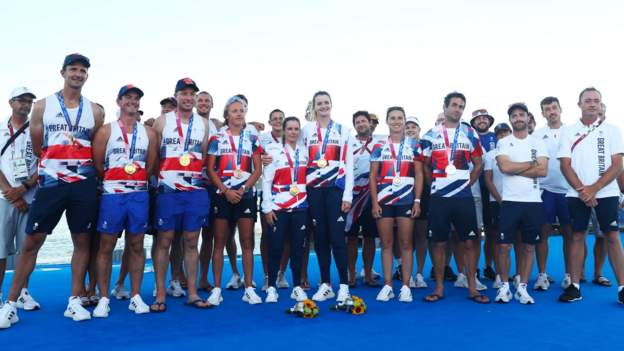 Mills, Scott, and Bithell all had their Olympic careers come to a close as well. Hannah Mills, Giles Scott, and Stuart Bithell, all of whom won gold medals at the Tokyo 2020 Olympics, have announced their retirement from the sport.

The trio was a part of Team GB’s triumphant regatta in Enoshima this summer, which resulted in three gold medals, one silver medal, and one bronze medal.

Hannah Mills became the most successful female Olympic sailor of all time after successfully defending her 470 championship with partner Eilidh McIntyre in Rio de Janeiro.

“It was a difficult decision, but it was also a simple one,” Mills explained.

What made things difficult was the magnificent spectacle that is the Olympic Games—it is unlike anything else on the planet.

I’m leaving my job to pursue other opportunities since the 470 is going poorly for Paris 2024, and for me, this is the ideal moment to do so in terms of my professional development.”

Scott, another two-time gold medalist, walks away with his Finn class, which will be phased out after the Paris Olympics.

According to Scott, “I’ve been involved in Olympic-class sailing for over 14 years, have competed in two Olympic Games, and have had a pretty nice run, but it’s time for me to move on to other endeavours.”

Bithell is leaving after winning gold with Dylan Fletcher in the men’s 49er class at the World Championships. Luke Patience, Alison Young, Charlotte Dobson, and Chris Grube, all members of the Tokyo sailing squad, have all announced their retirement.

“These individuals have had such a significant effect on our sport, their achievements speak for themselves, and they’ve encouraged many youths to follow in their footsteps,” said Mark Robinson, the Royal Yachting Association’s Olympic Performance Manager.