Home Life Style External assistance may be able to assist you in changing your personality:
Facebook
Twitter
Telegram
WhatsApp 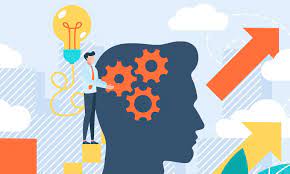 External assistance may be able to assist you in changing your personality:


Tuesday, February 2nd, Washington, D.C. According to a recent study, seeking outside help, whether from friends or professionals who can remind you of your goals, will help you change your personality more effectively.

Despite the popular belief that personalities are more or less set in stone, research has shown that personalities change over time, often in response to major life events.
A University of Arizona researcher led the study, which was published in the Journal of Research in Personality.

People are more agreeable and conscientious in college, less extroverted after marriage, and more agreeable in their retirement years, according to research.

Erica Baranski and her colleagues studied two groups of people: approximately 500 general population members ranging in age from 19 to 82 who took part in the study online, and approximately 360 college students.
Extroverts, conscientiousness, agreeableness, openness to experience, and neuroticism, also known as emotional stability, were asked if they wanted to change any aspect of their personality from the five key personality traits.

A year later, when both teams were surveyed again, neither had reached the personality goals they set for themselves at the start of the study, and some even experienced a shift in the opposite way.
In comparison to the general population, it was the college student who showed some modifications.
The college group, on the other hand, was either going in the opposite way or was advocating for different personality traits than the one the person wanted to improve.
Furthermore, rather than extroversion, students who stated a desire to be more extroverted showed gains in agreeableness and emotional stability in the follow-up.