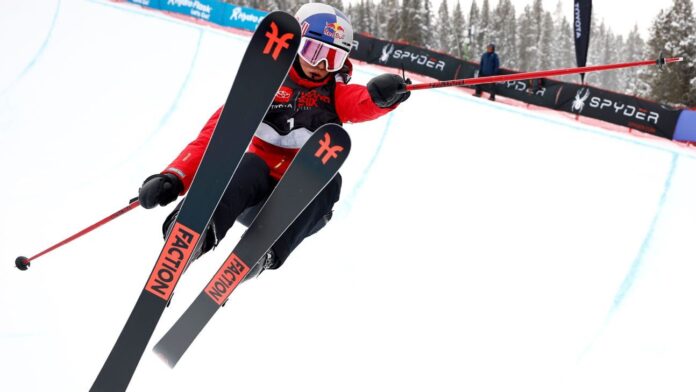 Eileen Gu takes first place in the halfpipe on her journey to the 2008 Beijing Olympics. Eileen Gu won the halfpipe competition at the U.S. Grand Prix on Friday, putting her in position to sweep all three freeskiing categories in less than a month on her way to the Winter Olympics in Sochi, Russia.

When the Beijing Games take place next year, Gu, who was born in San Francisco but will represent her mother’s homeland of China, has a chance to become the first action-sports athlete to win three gold medals at the same games in the same year in history.

She took first place in the big air competition in Steamboat Springs last week, and she is slated to participate in slopestyle and halfpipe at the Dew Tour competition in Las Vegas next week. Cassie Sharpe of Canada, the defending Olympic champion, finished in sixth place.

A total of six qualifying events were held in a competitive competition for berths on the United States’ Olympic halfpipe squad. The Grand Prix was the second of these events. Brita Sigourney and Hanna Faulhaber came in fourth and fifth, respectively, in the final standings. As of the first two races, Sigourney is the only American woman to have finished on the podium, having come third in the Grand Prix last season.

Men’s silver medalist Alex Ferreira earned a win that all but guarantees him a berth on the United States Olympic team in Pyeongchang.

According to Ferreira, “There was a lot on the line, and we were all competing for the possibility to get to Beijing.” The morning was a roller coaster of emotions, but I’m really thankful to have made it to the stage.

David Wise, the two-time defending Olympic champion, placed eighth and is on the hunt for a podium finish, while 2019 world champion Aaron Blunck battled in the windy conditions and failed to complete any of his three runs in the competition. Blunck took first place in the first qualifying event last winter, giving him an advantage in the race for one of the three men’s places.