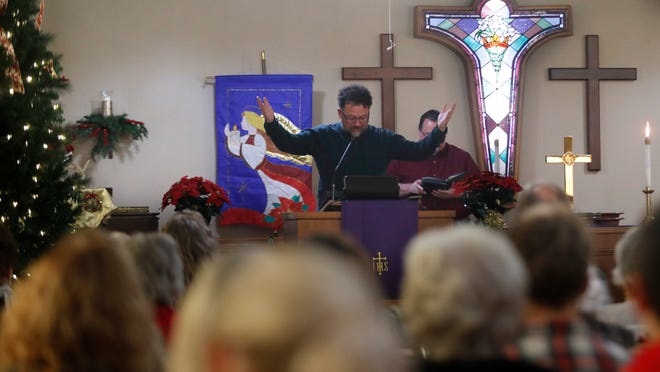 THE HAGUE: The Netherlands will be under “lockdown” during Christmas to combat an outbreak of the Omicron coronavirus, Prime Minister Mark Rutte said.

Except on Christmas Eve, Christmas Day, December 26 and New Year’s Eve, when four visitors are allowed.

“I stand here tonight in a gloomy mindset,” Rutte said on TV.

“To put it simply, the Netherlands will resume lockdown tomorrow.

“With the fifth wave and Omicron spreading quicker than expected, it was unavoidable.” Now we must act as a precaution.”

In the weeks before Christmas, the Omicron variety will take over, van Dissel said.

Hospitalisations might surpass those in the first wave of sickness in early 2020 if Omicron’s effect is as great as Delta’s.

“We know the variation may outflank built-up resistance from earlier infections or immunizations,” he added.

People raced to do last-minute Christmas shopping as news of the new regulations spread.

“It’s too hectic, but I’m going before Christmas to pick up things,” Ayman Massori, 19, told AFP in The Hague.

Premier Rutte acknowledged the impact of the Christmas time on the national mood.

“I can now hear the Netherlands sigh. “This is exactly one week before Christmas, another Christmas that is not what we want,” Rutte remarked.

“Omicron is pressuring us to decrease our number of interactions as rapidly and as much as possible,” he added.

According to official Dutch health authority data, the Covid limits reduced infections by 21% during the week of December 7-14.

The Netherlands saw a “slight drop” in hospital admissions, although Omicron remained “a source for worry.”

Adults in the Netherlands are over 86 percent immunised.

But the Dutch booster campaign has been delayed, and Health Minister Hugo de Jonge says everyone over 18 will be invited by January 7.

In September, the Netherlands lifted most social distancing regulations, but by November, infections were back to above 20,000 per day.