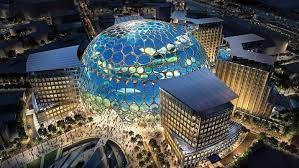 With an average of 50,000 visitors every day, the event is on course to attract approximately nine million visitors during its six-month duration.
Almost half of all visitors have a season pass, with over 100,000 people visiting the site twice and over 35,000 arriving three times during the first 15 days, showing the variety of attractions available at the greatest event ever organised in the Arab world.
To date, visitors to the World Expo — the first ever organised in the Middle East – have come from 181 different nations, only 11 fewer than the 192 countries that are taking part in the event, each with its own pavilion.

All ticket holders are included in the data, however representatives, delegations, and guests of International Participants, partners, and other stakeholders, as well as employees, are not.

Dubai Expo 2020 is on target to attract nine million people. Since its October 1st opening, Expo 2020 has received 771,477 ticketed guests. will be open till March, with over 200 pavilions and countless more attractions to explore, as well as up to 60 events per day, including panel discussions, cultural performances, and much more.

The number of virtual visitors to Expo 2020 has climbed to 9.3 million since October 1st, up from 7.8 million the previous week, bringing the event to a global digital audience.