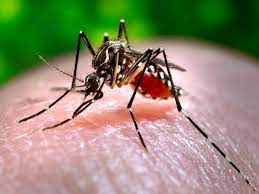 Dengue fever is a serious threat in Lahore, according to Yasmin Rashid. Dr Yasmin Rashid, Punjab’s Minister of Health, warned on Saturday that Lahore has the worst risk of dengue in the province.
According to Dr. Yasmin Rashid, evidence of dengue larvae has been discovered in 71,000 households, the number of dengue patients in DHA is significant, and rainfall increases the likelihood of dengue larvae transmission.
During the previous 24 hours, at least 181 dengue cases were reported from across Punjab, with 131 of these cases reported from Lahore alone. She stated that separate counters for dengue patients have been set up at government facilities.

The health minister called the phoney coronavirus vaccine entry in the name of former Prime Minister Nawaz Sharif a “big scheme.”      The health minister stated that the authorities were looking into the situation and that 9,000 bogus entries, similar to Nawaz’s, had been made. It is worth noting that Punjab Minister for Disaster Management Mian Khalid Mehmood urged the Provincial Disaster Management Authority (PDMA) on Friday to ensure early preparations for dengue management.

He noted, while presiding over a review meeting of the PDMA’s dengue prevention measures, that the current weather conditions could lead to an increase in dengue illness, and that the time from mid-September to early December after the monsoon was normally favourable for dengue. According to the minister, normal dengue attack times are two hours before sunrise and two hours after dusk. “During these periods, we must take precautionary measures against dengue and ensure control over all stimuli that may contribute to an increase in dengue growth,” Mehmood added.

He further added that the meteorological agency predicted a high spike in dengue growth in Rawalpindi, Faisalabad, and Multan between October-November, which could exacerbate the dengue fever outbreak in these cities.

So far, 501 confirmed dengue fever cases have been reported in the district, with 423 patients being discharged after recovery and 78 patients having positive results being admitted to Allied hospitals in the city.

On Friday, Abbottabad reported the first death from dengue illness this year. A woman from Mansehra died of the illness in the hospital, according to the health authorities. According to the health department’s report on the dengue situation, the death of a woman from Mansehra at Abbottabad hospital was the first in Khyber Pakhtunkhwa this year from dengue fever.

According to the survey, dengue prevalence was observed in 38 districts across the province, with 12 places in the provincial city designated as dengue hotspots.