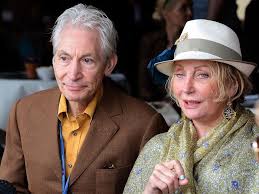 The Uniform Cool of Charlie Watts. Charles Bukowski famously remarked in a speech that is still available on YouTube, “Style is the answer to everything.” Swigging Schlitz from a bottle, the pockmarked underground laureate opined on one of the few traits that, as is well known, one can possess but never acquire.

Bullfighters and boxers both have style, according to Bukowski. He’d seen more stylish men inside prison than outside, he also claimed, somewhat dubiously. “Doing a dull thing with style is preferable to doing a dangerous thing without it,” he then added, and that much seems unarguable.

Nobody ever accused Rolling Stones drummer Charlie Watts, who died on August 24 at the age of 80, of being dull. Yet, in comparison to his preening bandmates, he was so granitic and unshowy that it was easy to be distracted from the ineffable Charlie Watts cool that anchored the Stones sound and drew on a lineage far older than rock.

Mr. Watts, a trained graphic artist who learned to play after giving up the banjo and turning the body of one into a drum, was a seasoned player long before joining what is widely regarded as the world’s greatest rock ‘n’ roll band. He considered himself a jazzman at heart, and his idols included musicians such as Duke Ellington, Charlie Parker, Miles Davis, Lester Young, and phenomenal pop crooners.

In some ways, Charlie Watts was ahead of the other Stones and the rest of us in terms of style — more evolved in his understanding of convention and how to subvert it stealthily, akin to a jazz musician improvising on core melodies. There was even something punk about his early decision to avoid Mr. Nutter and instead patronize some of the more venerable Savile Row tailors, places that were still so discreet in the 1970s that they often had no signs on their doors. It was his brilliance that allowed him to mold what those tailors did to his own certain tastes.

Charlie Watts, by his own estimate, owned several hundred suits, at least as many pairs of shoes, and an almost uncountable number of custom shirts and ties — so many clothes, in fact, that his wife complained that her husband spent too much time in front of the mirror, inverting a hoary sexist fashion cliché.

Mr. Watts, on the other hand, rarely wore any of his sartorial fineries onstage, preferring the comfort and anonymity of short-sleeved dress shirts or T-shirts for concerts or tours. He cultivated and eventually perfected, a sartorial image as elegant, serene, and impeccable as his drumming in civilian life.