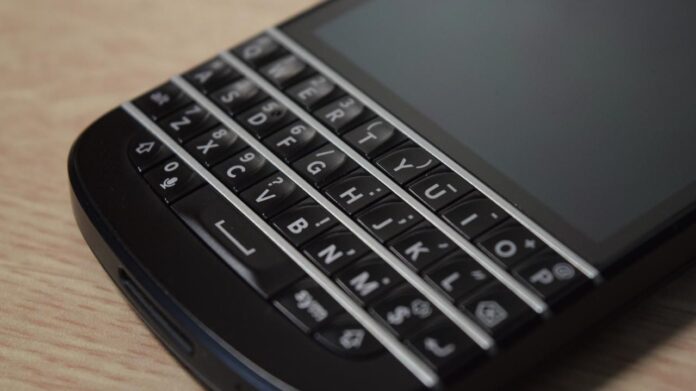 On January 4, the old BlackBerry phones will no longer work. When the company stops supporting its old phones and tablets that run BlackBerry 10, 7.1, or older, it will be Tuesday, January 4. In this case, all of its older phones and tablets will no longer be able to use data, send text messages or access the internet. Even 911 will be out of reach.
People who use smartphones these days don’t use BlackBerry because the last version of its operating system was released in 2013. This means that the decision to stop supporting BlackBerry phones marks the end of what used to be called cutting-edge technology.
The company first announced the news in September 2020, as part of its efforts to focus on providing security software and services to businesses and governments around the world. The name BlackBerry Limited will now be the name of the company.
It’s been a long time since BlackBerry (BB) has been in the phone business, but over the years, it’s kept its name on phones made by other companies. For example, TCL and OnwardMobility, which is based in Austin, Texas, have both made phones with the BlackBerry name on them. Android phones and tablets made by BlackBerry are not affected by the end of service.

CrackBerries were BlackBerry’s old-school cell phones with physical keyboards from the late 1990s and early 2000s. People used to call them that. Professionals who wanted to be able to work outside of the office with some of the same tools they used on a desktop computer liked the keyboard.

People on Wall Street, celebrities like Kim Kardashian, and even President Barack Obama used the devices because they were known for being safe. At its peak in 2012, BlackBerry had more than 80 million people who were still using it.

In 1996, the company was called Research In Motion. It made two-way pagers that could talk back and forth. First, the “[email protected] Pager” let customers respond to pages with a physical keyboard, which was like text messaging and email mixed together. Three years later, RIM used the name “BlackBerry” for the first time. The BlackBerry 850 was the first one.

After a while, BlackBerry phones were able to send and receive emails, use apps, browse the web, and use BBM, an encrypted texting service that came before WhatsApp and lasted long after BlackBerry was overtaken by its competitors.

It was only when Apple started using touchscreens with the iPhone in 2007 that BlackBerry’s products looked bad. It tried touch screens and slide-out keyboards, but they didn’t work out. It made a few phones that didn’t have a physical keyboard, but those didn’t have BlackBerry’s main selling point: its tactile keyboard.

Some BlackBerry fans are still waiting for OnwardMobility’s BlackBerry 5G device to come out in 2021, even though TCL will stop making devices with the BlackBerry name in 2020. Its website still has a banner that says “coming in 2021.”