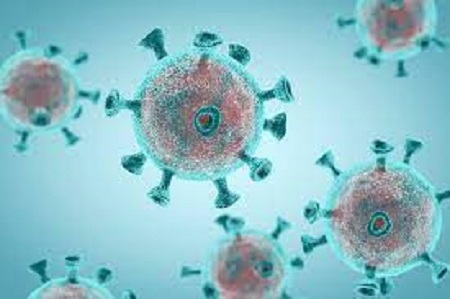 Scientist Samiran Panda of the Indian Council of Medical Research (ICMR) addressed concerns about Omicron on Saturday, saying that genomic variations and structural changes in the new coronavirus variant have been reported from other countries, but whether these would cause increased transmissibility or render vaccines ineffective is being investigated.

The head of the ICMR’s Epidemiology and Communicable Diseases Division noted that, according to WHO, vaccines directed toward the virus’s spike protein may have difficulty mounting adequate immunity against the mutated version due to structural changes in the viral genome.

“However, we must wait and see how the emergence of this new mutant evolves and plays out at the population level,” said scientist Samiran Panda, as quoted by news agency PTI.

He noted that vaccines used in India, such as Covaxin and Covishield, have been shown to be effective against previously identified mutants from India and other countries.

He believes it will take time to see if they are effective against the newly discovered mutant B.1.1.529.

The new COVID-19 strain was named “Omicron” by the World Health Organization on Friday and classified as a highly transmissible variant of concern, alongside the delta variant.

“Genomic variations and structural changes have been reported from other countries in the new emerging variant of coronavirus,” the ICMR scientist said, according to PTI. “Whether these changes would impart increased transmissibility or render vaccines ineffective is under investigation.”

He pointed out that because mRNA vaccines are aimed at viral spike protein and host cell receptor interaction, they may need to be tweaked to account for changes in the virus.

Meanwhile, Samiran Panda emphasised the importance of bolstering the ongoing vaccination campaign as well as strict adherence to COVID-appropriate behaviour, with community engagement serving as the primary intervention strategy.

He emphasised that increasing genomic surveillance in the country and for incoming international travellers will aid in the development of programmatic intervention measures.