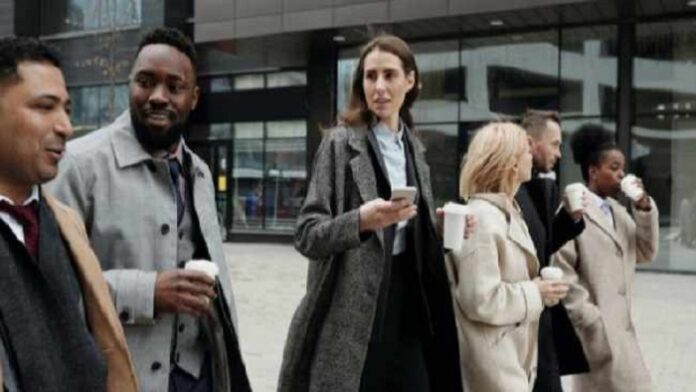 A study discovered when people deviate from the herd in order to make a better decisions. Researchers discovered that when participants witnessed others in their group hesitating before making a decision, they were nearly twice as likely to break away and choose an alternative choice.
The study’s findings were published in the journal ‘Management Science.’
“When we observe other individuals hesitating before making a decision, we know they were conflicted, that they weren’t fully confident they were making the proper option,” said Ian Krajbich, co-author of the research and professor of psychology and economics at The Ohio State University.
“People are less confident in the group agreement as a result, and they are free to make judgments based on their own information. This can assist organisations in avoiding negative results “Krajbich added.
Cary Frydman, associate professor of finance and business economics at the University of Southern California Marshall School of Business, collaborated with Krajbich on the study. Their findings were published in the journal Management Science this week.
The findings have ramifications for group behaviour in politics, business, fashion, and any other area where herd behaviour may occur, according to Krajbich.
“Even if everyone appears to be following the same trend at first, hesitancy may show that they are not all on the same page,” he added.
“If people observe that others are hesitating before entering the herd, it might pause or change the flow,” he noted.
Consider a political campaign in which a candidate seeks endorsements from well-known figures. Slow endorsements that arrive late in a campaign may reflect a lack of support and are less compelling than endorsements that arrive earlier in the campaign, according to Krajbich.
The study enlisted the participation of 72 college students. They worked in groups of eight.
The eight competitors were given identical virtual bags containing three balls, each labelled “A” or “B” in each of the 30 rounds (the study was conducted on computers). Each participant picked one ball at a time, examined whatever letter was on it, and then estimated which letter occurred the most frequently in the bag.
Assume, for example, that the first member of the group drew out a ball labelled A. That individual would be correct in assuming that the bag held additional A balls.
Each subsequent participant could see what the prior individuals predicted, but not what letters were on those earlier balls.

According to Krajbich, this put some players farther down the chain in a bind.
Assume you were fourth in line and drew an A ball. That would imply that there are other A balls in the bag. However, you can see that the preceding three persons guessed B.
You must decide whether to trust your knowledge, which supports guessing A, or to follow the herd and guess B.
Krajbich explained that here is when hesitancy comes into play. If you notice that the person before you in the chain hesitated a while before selecting B, that may be a significant indicator.
That prior individual, like you, may have pulled an A ball and paused before picking B with the herd. In such situation, selecting A may make sense for you.
That’s exactly how many participants understood circumstances in which their information differed with that of the group, according to Krajbich. Participants went against the herd almost 66% of the time when their predecessor replied slowly, compared to just 33% of the time when their predecessor picked swiftly.
In circumstances where the group was making the incorrect judgement, he added, people would often break away from the herd and make the proper option.
“A couple of incorrect judgments at the start might lead to disaster for everyone. That is herd behaviour “Krajbich explained.
“However, we discovered that if people can perceive the hesitancy to make better decisions of others, it might help them break the chain and shift the trajectory of the group.”
The identical effect can also work in the reverse direction. Others’ quick judgements might strengthen one’s own information. For example, if a person sees their friends swiftly select to receive a COVID-19 vaccination, it may make them feel more comfortable making the same decision, according to Krajbich.
If friends delay obtaining a vaccine – even if they finally get one – it may make a person hesitant to receive the injection, he says.
According to Krajbich, the study’s conclusions aren’t necessarily a general norm. There may be certain judgments where deliberating for a longer period of time indicates a more considered decision.
“It will be critical to determine when quick judgments reflect confidence and when they signal thoughtlessness,” Krajbich said.