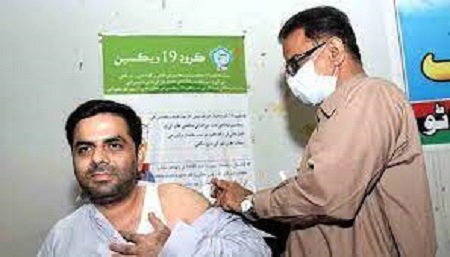 Dr. Faisal Sultan, Special Assistant to the Prime Minister on Health, stated that Dr. According to a health official, COVID-19 travel nt has been detected in Pakistan.

Speaking with Geo., he revealed that a meeting is scheduled today at the National Command and Operation Centre (NCOC) to finalise vaccination guidelines and policies.

“We cannot prevent the Omicron variant from entering Pakistan, but we can mitigate its impact by ramping up immunisation,” the health minister said.

“Those who have not been vaccinated at all are our priority.”

“We can control the impact if more people are immunised.” “I urge everyone to get vaccinated and follow SOPs,” he added.

What exactly is the Omicron variant?

Dr Sultan explained to Geo News in a brief interview that the virus is detected by examining the spike protein for potentially dangerous mutations.

He stated that the current information [about Omicron] is based on assumptions. However, he stated that after observing South Africa’s outbreak of infection, he discovered that the new strain’s transmissibility is faster than any previously detected variant of COVID-19.

He also stated that any information regarding disease severity and the virus’s ability to “escape” the immune response in vaccinated or recovered individuals has yet to be confirmed.

Concerning the travel restrictions, Dr. Sultan stated that it has been difficult to determine the origin of the flights since the beginning of the pandemic.

“Travel restrictions have not been effective in controlling the virus.” We can postpone it [Omicron], but we can’t stop it from coming to Pakistan.”

Dr. Sultan stated that the NCOC has enlisted the assistance of all hospitals and their personnel to deal with any emergency situation that may arise in the country.

The government’s priority at the moment is those who have not been vaccinated, according to MicronSultan, who added that a new plan for Pakistan. mDr.isation has been developed and will be announced at an NCOC meeting on Tuesday.

He also stated that at the meeting, information on booster shots for those who are fully vaccinated will be shared.