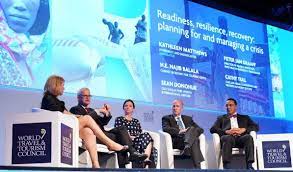 PCRs should be replaced with less expensive antigen assays:

The call follows the most recent update which saw only seven nations added to the green list, while Thailand, a popular winter sun destination for vacation-hungry Brits, and Montenegro were moved to the red list.

Turkey, which was generally believed to be able to welcome British visitors, remained in the no-go zone, severely harming the country’s tourism industry.

According to the body, it criticises the continual chopping and changing of nations, which generates confusion and mainly favors an unregulated industry of expensive test suppliers.
According to the worldwide tourist organization, the 51st modification disclosed today has made planning for most firms and vacationers nearly difficult.

The World Travel and Tourism Council (WTTC) believes the time has come to end these disruptive updates and let all fully vaccinated people travel freely again – unless they are visiting a red-list nation. Travel should be permitted with testing for the unvaccinated to ensure that people who are unable to obtain vaccinations are not discriminated against.

However, if the UK government insists on expensive and unneeded PCR tests, it should absorb the cost rather than passing it on to consumers, which discourages Britons from traveling. Costly testing is placing travel out of reach for hardworking families and relegating it to the wealthy.

WTTC CEO Julia Simpson stated, “The traffic light system is universally maligned.” It disadvantages the United Kingdom and wastes the vaccination dividend. The UK government is wreaking havoc on the tourism industry, which supports thousands of businesses and employment.

“There appears to be no exit strategy in place by the UK administration.

“The Global Travel Taskforce, which was formed to supervise these haphazard travel restrictions, must lay forth a clear approach to restoring normal travel.

“Except in rare circumstances, nowhere in the UK should be off-limits to everyone who is properly vaccinated.”