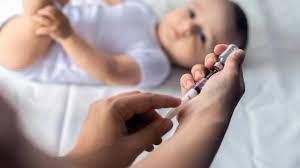 GENEVA: On Wednesday, the World Health Organization called for the rapid development of a vaccination against a bacterial illness that causes almost 150,000 stillbirths and infant deaths each year.

The impact of Group B Streptococcus infection (GBS), which is estimated to live harmlessly in the intestinal tracts of up to one-third of all adults, is a far bigger cause of preterm births and disability than previously thought, according to a new report by the UN health agency and the London School of Hygiene and Tropical Medicine.

The analysis reaffirmed a previous tragic estimate from 2017 that the bacteria kills almost 100,000 newborns and causes close to 50,000 stillbirths each year, however it noted severe data gaps that suggest the real statistics might be higher.

For the first time, it assessed the impact on preterm births, discovering that GBS is responsible for more than 500,000 premature births each year, resulting in considerable long-term damage.

In face of such astronomical figures, the report’s authors bemoaned the lack of progress toward producing a vaccine.

“This new research demonstrates that Group B strep is a huge and unappreciated hazard to newborn survival and health, wreaking havoc on so many families throughout the world,” said Phillipp Lambach of The World Health Organization immunisation section in a statement.

“The World Health Organization joins partners in pushing for the immediate development of a maternal GBS vaccination, which would have far-reaching implications in nations throughout the world.”

“Maternal vaccination might save the lives of hundreds of thousands of newborns in the coming years,” she added, lamenting the lack of progress since the notion of producing a GBS vaccine was originally proposed three decades ago.

The GBS bacteria is found in the vagina of 15% of pregnant women globally, or about 20 million women each year.

Despite the fact that the majority of these cases have no symptoms, an infected pregnant woman can spread GBS to her foetus through the amniotic fluid or after birth as the newborn passes through the vaginal canal.

Babies and foetuses are especially susceptible since their immune systems are unable to combat the spreading germs.

GBS, if left untreated, can cause meningitis and septicaemia, both of which can be fatal. Surviving babies may acquire cerebral palsy or lifelong vision and hearing issues.

According to the paper released on Wednesday, the pathogen causes neurological problems in around 40,000 children each year. Women with GBS are already given antibiotics during labour to lessen the risk of infection spreading to their baby.

However, this strategy has limitations in areas where screening and antibiotic therapy during labour are not readily available.

According to the study, the largest rates of maternal GBS are found in Sub-Saharan Africa, which accounts for around half of the worldwide burden, as well as Eastern and South-Eastern Asia.

It was proposed that a GBS vaccination that could be provided to pregnant women during standard prenatal visits and reached more than 70% of pregnant women might save 50,000 infant and foetal deaths per year.