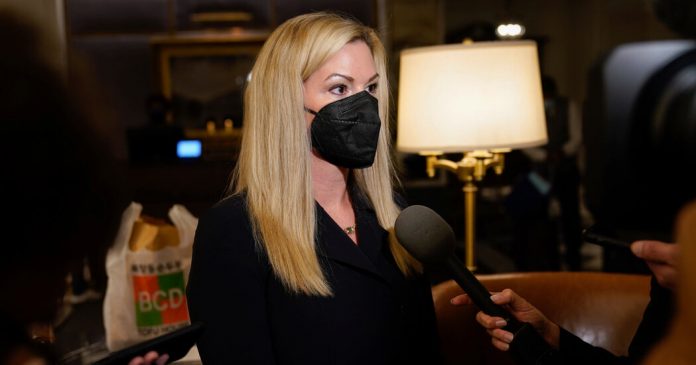 When the 32 owners of the National Football League convened in a Midtown Manhattan hotel on Tuesday to discuss league business, two ladies who used to work for the Washington Football Team interfered with their own agenda item.

Melanie Coburn, a former cheerleader and marketing director, and Ana Nunez, a salesperson, submitted a two-page petition to the league’s five-member Social Justice Working Group, pleading with them to share the findings of the 10-month probe into the team’s “sexist and misogynistic culture.” Five team owners make up the organisation.

After a year-long investigation into the widespread culture of sexual harassment fostered by managers and officials at the team under Daniel Snyder’s ownership, the NFL penalised Washington $10 million in July. For the next two years, human resource advisors will keep an eye on the team.

However, the league did not publicise the findings of the inquiry, which was overseen by Beth Wilkinson, a Washington-based lawyer who was requested to submit her report verbally rather than in writing. The league’s decision on how to sanction the team was based on her presentation.

Coburn and Nunez, along with ten other signees of the letter, argued that it was impossible to know “whether the WFT’s corrective actions were sufficient to address the underlying problems that we and others like us reported to Ms. Wilkinson” without a transparent accounting of the misconduct discovered in the investigation.

Their demand that the league make the investigation’s findings public came after The New York Times and The Wall Street Journal published internal emails written and received by Bruce Allen, the president of the Washington Football Team, in early October that contained racist, homophobic, and misogynistic language as well as topless photos of the team’s cheerleaders.

Allen was sacked from his job in December of this year. Following the publication of his conversation with Las Vegas Raiders Coach Jon Gruden, Gruden resigned on Oct. 11.

Since then, women’s rights activists, NFL players, and, most recently, two members of Congress have asked that the league share its conclusions as well as all 650,000 emails obtained during the probe.

When asked if the team owners had read the letter, N.F.L. spokesperson Jeff Miller declined to comment. The league has stated that it withheld its results in order to safeguard the names of certain former workers.

“When you make a commitment to safeguard confidentiality, you have to maintain that pledge,” NFL Commissioner Roger Goodell said Tuesday.

Approximately four dozen of those employees spoke out about systemic sexual harassment and intimidation to The Washington Post and other news publications. Many others, though, declined to speak publicly but still want the conclusions made public, according to Coburn and Nunez.

“There are a lot of former workers who are still terrified and intimidated and haven’t come out yet, and we want to make sure their experiences are heard,” said Coburn, who spent 14 years with the club as a cheerleader and marketing director before quitting in 2011.

While the Washington Football Club does not have an official item on the team owners’ agenda, several owners have addressed it informally.

Jets owner Woody Johnson repeatedly declined to discuss the matter when he arrived at the conference on Tuesday, referring to the league office.

According to Coburn, the publishing of those emails “rekindled the fire” to have the report issued. “It demonstrated that these films and photographs (of cheerleaders) spread far more widely in the NFL than we could have anticipated.”

Coburn stated, “We want the people to know the truth.”