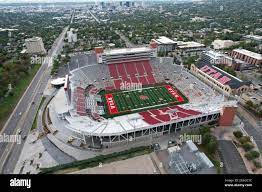 According to the press release, the newly refurbished plaza, which cost the University little more than $2.4 million, preserves and enhances the fire and ice concept of the 2002 Winter Games. The 72-foot-tall cauldron is now perched on a pedestal with a flowing water element. The entire building has been connected with LED lights, and all 738 panes of glass have been replaced. When lighted, the flame mechanics have also been upgraded to increase efficiency and minimise emissions.

“Eight spectacular monuments ring the Cauldron’s base, telling the full storey of the 2002 Winter Games and the Games’ continuing influence in Utah,” according to the news release. “Several monuments have complete athlete lists as well as medals earned by Team USA.” The flags of each country that competed in the Winter Games are displayed on the plaza flag wall.”

According to the news announcement, the driving themes for the new plaza’s design were public accessibility and engagement. The cauldron was stationed within the fence line at Rice-Eccles Stadium following the 2002 Games. The general public will be allowed to come and engage with the plaza at any time, with no need for a ticket.

“It’s hard to believe it’s been nearly 20 years since we first debuted the Cauldron here at Rice-Eccles Stadium,” said Spencer F. Eccles, chairman and CEO of the George S. and Dolores Doré Eccles Foundation. “I still firmly believe, as I did then, that this iconic emblem of ‘Salt Lake 2002′ will serve as a vital reminder of the Games’ legacy, which has continued to improve the lives of all Utahns.” I’m both proud and honoured to have had a role in it. The memories and legacy of our Games live on in our hearts today, and I believe they will for anyone who visit our lovely Cauldron Plaza in the future.”

“The Olympic Games reflect some of the finest values of the human spirit, and the Olympic and Paralympic Cauldron Plaza at Rice-Eccles Stadium rekindles that energy,” said Sen. Mitt Romney, who chaired the Salt Lake 2002 Organizing Committee. It was one of the biggest honours of my life to organise the Olympics, and it fills me with satisfaction to look back on the previous 20 years and see how its legacy lives on in our state.”