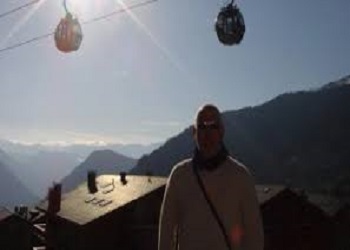 Steven Mark Klein, a hotel brand strategist and fashion expert based in New York, is 64 years old. For several years, he ran the Not Vogue blog, which he utilised as a platform to criticise the fashion industry for being an exploiter of youth and a cynical manifestation of late-stage capitalism.

Elise By Olsen had established herself as one of the world’s youngest magazine editors at the age of 15, having previously produced runs of two print journals on culture and fashion from her bedroom in Oslo.

She responded, and then a flood of emails arrived, packed with links to gallery and shop websites, news pieces about the fashion business, and cautions about its perils.

Ms. Olsen initially mistook him for a troll. He described himself as a freelance outlaw.

Mr. Klein set out to mentor Ms. Olsen, and she quickly accepted his guidance. Her parents were amused yet encouraging. She dropped out of high school and founded Wallet, which was inspired by Mr. Klein’s thoughts.

He lived alone on Manhattan’s Lower East Side with an enormous and, it turned out, important collection of fashion ephemera, including fashion magazines, fashion show fliers, catalogues, postcards, and look books from designers such as Stella McCartney, Louis Vuitton, and A.P.C. — decades’ worth of printed matter that he had meticulously archived.

Mr. Klein committed suicide on October 25, according to his cousin Andrea Strongwater. He was 70 years old and had been in poor health for some time.

His friendship with Ms. Olsen insured that his life’s work would be remembered. His material is currently housed in a museum, the International Library of Fashion Research in Oslo, which is directed by Ms. Olsen and supported by individual contributors and corporate sponsors. The library, located adjacent to the Nobel Peace Center in a historic building owned by the National Museum of Art, Architecture, and Design, will open to the public early next year, but the collection is already available online.

Mr. Klein emailed Ms. Olsen in September, “I don’t think you really need a Yoda,” referring to her endearing moniker for him. “The mentor has been overtaken by the learner.”

Mr. Klein seemed an unusual fashion judge. His attire consisted of jeans, sneakers, and a T-shirt, but he wore an exceptionally costly Patek Philippe watch.

He designed logos and slogans for hotels and restaurants professionally. But he was not a member of any agency. Instead, as an independent consultant, he was a walking encyclopaedia and pop culture booster since the 1970s, when he worked at the legendary Strand bookshop in Lower Manhattan; he also temporarily managed his own gallery in his Fourth Avenue apartment.