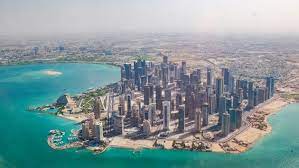 The ‘Qatar Tourism Strategy 2030′ builds on the peninsula’s current experiences while also capitalising on a slew of new hotels, theme parks, shops, and significant leisure projects that have just opened or are expected to open in the run-up to the main event.

As the one-year countdown to the FIFA World Cup Qatar 2022 approaches, Qatar Tourist has released both short-term and long-term tourism targets for 2022.

Qatar Tourism wants to triple tourists’ in-destination spending from 2019 levels by expanding duration of stay and improving tourism offering, and to contribute 10% of the country’s GDP by 2030.

Qatar Tourism is adding 105 new hotels and serviced apartments to its already enormous portfolio of buildings as it prepares to host the FIFA World Cup Qatar 2022.

The new hotels, which include the Banyan Tree Doha, the Pullman Doha West Bay, the JW Marriott West Bay, and the Steigenberger Hotel, will widen the city’s appeal to a variety of travellers of all budgets and enhance the guest experience.

There will also be the first entirely demountable FIFA World Cup stadium. The Ras Abu Aboud Stadium, built from shipping containers with detachable seats, will serve as a model for future big event hosts.

After the event, the 40,000-person capacity arena will be totally disassembled and reused, with its components utilised to build athletic facilities in Qatar and elsewhere.

The cargo containers used to construct the stadium were initially intended to convey building materials to Qatar.