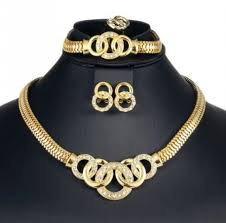 Shruti Chhajer Ranka, the creative director of Shruti Sushma, an Ahmedabad and Bangalore-based luxury jewellery, is one of them. In an email last month, she stated, “I am working on a design with one-carat oval diamonds of the same color and clarity.” “It has taken me six weeks to obtain half of what is required in the design, which would ordinarily take me no more than two weeks.”

Jewellery set with colored stones may become even more difficult to find and more expensive as a result of production delays at mines throughout the world, which are currently cascading through the sales pipeline.

Gemfields, a British mining firm, ceased operations at its Kagem emerald mine in Zambia, the world’s largest single emerald mine, and at its Montepuez ruby mine in Mozambique in March 2020. Because production did not resume until March 2021, “neither generated new gemstones for a year,” stated Adrian Banks, Gemfields’ managing director of product and sales, in an email.

In 2019, Kagem produced 208,500 carats of quality emerald and Montepuez produced 81,270 carats of premium ruby, according to the firm.