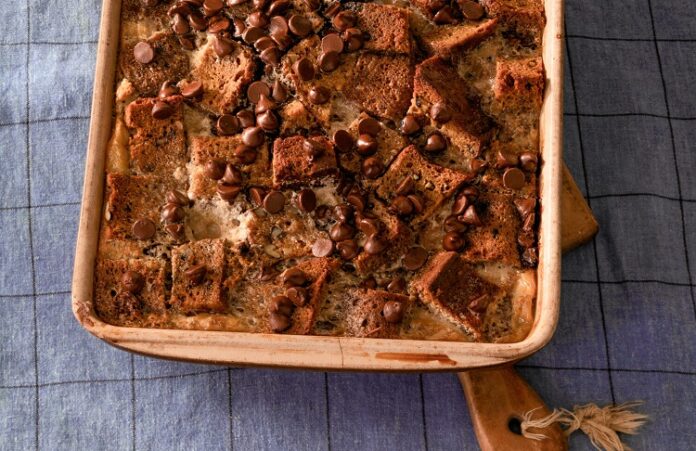 This New Native Kitchen Has Prickly Pear and Hominy. When we both contributed pieces to America: The Cookbook in 2017, I first met Diné (Navajo) chef Freddie Bitsoie through his writing. His piece was lovely, tackling the sound of salt sprinkling on foil and his grandma Mary’s memories of cooking on a wood-burning stove in Cajon Mesa, Utah. Bitsoie was a Le Cordon Bleu–trained chef with a degree in anthropology who had spent nearly a decade cooking with Indigenous, Native American, and First Nations culinarians across the continent, I heard later when we were both on a panel about American food.

I made a point of eating at Mitsitam Native Foods Cafe, which he manages inside the Smithsonian National Museum of the American Indian, the next time I visited Washington, DC. It was the nicest museum dinner I’d ever eaten, and I realised the country had lost something special when the institution closed its doors.

Mitsitam is still closed for the time being. Fortunately for us, Bitsoie’s two-year absence from the kitchen allowed her to produce something more lasting: the new book New Native Kitchen: Celebrating Modern Recipes of the American Indian. It includes a Navajo leg of lamb covered with a sauce created from a yellow onion cooked with juniper, rosemary, and thyme, as well as a rabbit stew with cornmeal and sweet corn dumplings.

I phoned Bitsoie earlier this month to talk about the book, his forward-thinking emphasis, and the correct contemporary garnish for a blue corn mush (he’s in Arizona with his family).

Salads are inherently not a component of Native American food. We don’t say things like, “Oh, where’s the salad?” when we get together. It’s not like it’s an oogabooga-caveman thing; it’s just that blending greens and then putting them in oil and acid was never part of anyone’s culinary repertory, whether historically, prehistorically, or even recently. So this chapter was one of my favourites, but it was also one of the most challenging, because I had to believe that someone who is Indigenous, Native American, or First Nations—whoever and however they identify as Native American—would open the book and say, “There is a possibility that this could be a Native American dish.”

The storey of the blue corn mush is amusing. The images for the book were taken at the Phoenix Indian School museum, where they kindly offered the kitchen to me because no one else was using it during COVID. And one of the women who worked there was a reporter for Indian Country Today, and she is Hopi and a friend of mine. I was preparing to serve the blue corn with queso fresco as a garnish. “Ooh, blue corn,” she said as she came out of nowhere just as I was finishing it. The Hopi people are famous for their blue corn, even more so than the Navajos, in my opinion. They produce this blue corn piki bread—a it’s paper-thin bread that’s rolled up like a burrito and is a crowd-pleaser—and they have a variety of methods to prepare the blue corn. She was watching me layer the queso fresco on top of the blue corn mush when she said, “What are you doing?”

“I’m simply putting some garnish,” I explained. “Freddie, if you put cheese on that blue corn, I’ll claim you’re not Native American,” she says.

“Yes, it’s true,” I say. I see your point. However, we’re aiming to capture images for a book, so we’ll need some sort of garnish, and I think the blue and white contrast nicely.” “No, we just don’t put cheese with blue corn,” she says. “Otherwise, you’re really cooking a blue corn polenta,” she said, and she was right. And that’s how she snatched me.

Those stories and recipes were based on a history of cooking with my grandmother and watching it; my mother carrying on some of my grandmother’s recipes; and her giving me stories about my grandfather, whom I’ve never met—but there was still the idea that “Native” was evolving and changing. It’s great that you have other Native chefs talking about the past—and this isn’t meant to be condescending or anything—but I believe that sharing that type of flavour and history is also vital.

But, in the case of maintaining culture, what if you just dismantle the entire concept? When you’re making preserves, what do you do? Let’s say you start with the original substance, strawberries. Strawberries are monotonous, so you sweeten them—you have to make it romantic, you have to sweeten it up a little, you know? Then you add all of this wonderful flavour to it so that everyone can now appreciate and cherish it. Then you obtain this lovely bottle or jar, boil it, and sanitise it. Then you pour the preserves into the jar, shut it, and allow the steam to vacuum up the cover before wrapping it in a nice bow. That jar still ends up in the pantry the majority of the time.

You’re doing the same thing when you conserve culture. Culture isn’t supposed to be kept. Culture is a living entity that is shaped through learnt behaviour. So I believe that the basis and thesis of the recipes in the book is to talk about Native food and how it’s growing culturally and moving forward.

It’s odd you stated that since it makes me feel embarrassed because I frequently attend Native American activities, whether they’re Navajo, Hopi, or other tribes. There’s also that one elderly man who believes he knows everything and is only telling stories. “Oh God, there he goes again,” it’s like. “Oh my God, I’m becoming those people,” I think today when I recount stories.