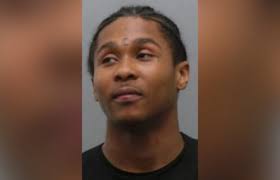 Multiple complaints were received by police in Fairbanks, Alaska, alleging a gunshot at the Safeway grocery store. The attacker didn’t stop moving as he proceeded inside and sprayed shots over the store, according to The Associated Press. Officers discovered the 41-year-old male unconscious on the sidewalk.

Additional cops entered the business and discovered a 9 mm semi-automatic weapon on the floor just inside the door. They also discovered the second victim, a 24-year-old guy who had been shot in the foot behind the customer service counter.

According to the statement, when investigating the grocery store scene, officers “saw many handgun magazines and multiple spent and unspent 9mm bullets.” A police spokesman, Teal Soden, declined to say how many rounds were fired. Both victims were sent to Fairbanks Memorial Hospital, where the elder guy was declared dead. The individual who was shot in the foot was treated and released.

According to authorities, Joshua Eric Butcher, 41, was arrested and charged with first-degree murder after turning himself in minutes after the shooting on Sunday. According to the Police in Fairbanks, Butcher is being detained at the Fairbanks Correctional Center.

The agency stated in a statement that police have not determined a motive for the shooting.
Butcher appeared in court on Monday for an arraignment and was ordered jailed on $10 million bail. He was hired as a public defender. A message left with the Fairbanks public defender’s office seeking comment was not immediately answered.

Police in Fairbanks said they got a call from Butcher, who stated he was outside the police station, about 11 minutes after the shooting. According to the statement, he stated that he had been in Safeway and that authorities might come outside and arrest him. He also stated that he would not answer questions unless a counsel was present.

According to the statement, security camera footage shows a guy approaching the business’s door and shooting the 41-year-old man in the stomach as he was exiting the store. The gunman then walks into the store with a pistol in his hand, according to the surveillance footage.

According to the statement, he moved behind the registers, moving north in the building, but then turned around and exited by the same door he arrived. It wasn’t clear how long he had been at the store.

The shooting occurs as the state of Alaska’s department of public safety announced that the state’s violent crime rate has been more than twice as high as the national average since 2016.

Alaska’s murder rate fell by nearly a third between 2019 and 2020, yet it has consistently been higher than the national average.

According to the department of public safety, anybody 21 or older is able to lawfully own a handgun without a permission in the state.

According to the nonprofit think tank RAND Corporation, which provides research and analysis to the United States Armed Forces, Alaska is an open-carry state, with around 59 percent of families owning weapons. This is the country’s second-highest rate, after only Montana and tied with Wyoming.