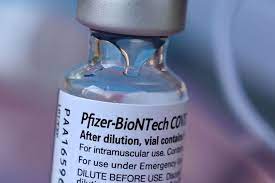 Pfizer COVID vaccine for kids is safe; Seth Rogen at Emmys. With more than a third of the month still remaining, the United States has already reported thousands of more deaths in September than in August.

Through Sunday, the country had reported 32,666 deaths in September, compared to 27,755 total deaths in August. With nearly 2,000 deaths per day, the United States is on track to outnumber the total deaths in July and August combined within a matter of days, according to a USA TODAY analysis of data from Johns Hopkins University.

West Virginia alone has reported 286 deaths in September, which is more than double the 138 reported in August. In September, Hawaii has already reported 125 deaths, compared to 52 in August.

The increase in deaths coincides with the release of a report by the Centers for Disease Control and Prevention indicating that 99.4 percent of all COVID-19 cases in the United States were caused by the ultra-infectious delta variant.

The variant has caused unexpected spikes across the country, forcing some hospitals to limit care and resulting in the highest number of children’s infections since the pandemic’s inception.

According to the American Academy of Pediatrics, nearly 30 percent of COVID infections in the United States during the week ending September 9 were among children.

Also in the news:

COVID-19 has now killed roughly the same number of Americans as the 1918-19 Spanish flu pandemic did – approximately 675,000. The population of the United States was one-third of what it is today, implying that the flu cut a much wider and more lethal swath through the country a century ago.
All adults who regularly attend public or private schools or daycare centers in Washington, D.C., must be vaccinated by November 1, according to Mayor Muriel Bowser. She stated that there will be no testing option.
Mayor Bill de Blasio announced Monday that the city of New York will begin administering weekly random COVID-19 tests to unvaccinated students. In the district of about 1 million students, the teachers’ union had requested weekly testing rather than biweekly testing.

After halting exports and donations of surplus coronavirus vaccines during a brutal surge in domestic infections that began in April, India, the world’s largest vaccine producer, will resume them in October.

COVID-19 will be one of the hot topics as leaders from over 100 countries gather in New York this week for the United Nations’ annual high-level meeting. Last year’s meeting was held virtually.

According to Gov. Janet Mills’ office, more than half of Maine residents aged 12 to 15 are now fully vaccinated. The overall percentage of eligible residents in the state is 74%.

In response to rising infections, the Czech Republic began offering a third dose of a vaccine on Monday. Anyone over the age of 60, as well as health workers and other vulnerable groups, are eligible for the booster shot.

A lawyer for one of three Texas women charged in connection with a scuffle outside a New York City restaurant claims the women were discriminated against and that the hostess “spewed the N-word.” The incident at Carmine’s in Manhattan last week drew widespread attention to the restaurant and the city’s requirement that indoor diners be immunised against COVID-19. According to lawyer Justin Moore, who spoke to the Daily News and other local news outlets, the women had shown their vaccination cards and were seated when the fight began because some men who joined them had no proof of vaccination.

Moore claimed that his Black client was racially discriminated against and harassed during the incident. Carolyn Richmond, the restaurant’s lawyer, denied the allegations.

“Any claim that they were racially profiled is a complete fabrication, deceptive, and completely irresponsible,” Richmond told the Daily News.