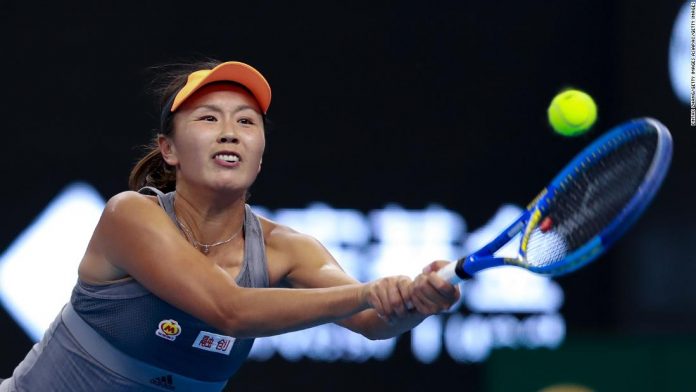 Peng, one of China’s most well-known athletes, accused Vice Premier Zhang Gaoli, a former top Communist Party official, of forcing her into sex at his home three years ago in a since-deleted social media post dated November 2.

Peng’s allegations against Zhang were immediately muffled by blanket censorship and she vanished from public view for more than two weeks, prompting the women’s tennis world to demand answers as to her whereabouts—as well as a full investigation into her allegations.

Individuals working for Chinese government-controlled media and the state sports system released a number of “proof of life” photos and videos of Peng amid a growing global outcry.

The IOC said in a statement on November 21 that its president, Thomas Bach, held a 30-minute video call with three-time Olympian Peng, along with a Chinese sports official and another IOC representative, and that Peng appeared to be “doing fine” and “relaxed,” and that she “would like to have her privacy respected.” The IOC has not explained how the video call with Peng was organised, and the video has not been made public.

The International Olympic Committee said on Thursday that it had offered the tennis star “wide-ranging support” and promised to keep in touch with her on a regular basis, adding that they had “already agreed on a personal meeting in January.”

The IOC also told CNN that it would not be releasing any visual assets from Wednesday’s second video call, citing growing doubts about how freely Peng has been allowed to communicate as well as concerns for her safety.

In response to Beijing’s silence on the sexual assault allegations, the Women’s Tennis Association (WTA) announced on Wednesday that all tournaments in China, including Hong Kong, will be suspended immediately.

The decision was made because of China’s “unacceptable” response, which included rushing to censor Peng’s allegations and ignoring calls for a full and transparent investigation, according to WTA chairman and CEO Steve Simon.

“I don’t see how I can ask our athletes to compete there in good conscience if Peng Shuai is not allowed to communicate freely and appears to have been pressured to contradict her sexual assault allegation,” Simon said.

“Given the current state of affairs, I’m also very concerned about the dangers that all of our players and staff may face if we hold events in China in 2022.”

Beijing reacted angrily to the decision in a highly critical editorial published Thursday, accusing the WTA of “setting a bad example for the entire sporting world,” according to China’s state-run Global Times.

The WTA’s decision was described as a “exaggerated show” intended to “leverage Western public opinion against China’s political system,” according to the article.

During a briefing on Thursday, China’s Ministry of Foreign Affairs spokesperson Wang Wenbin added that China “firmly opposes any act that politicises sports.”

Unfortunately, China’s leadership has failed to address this critical issue in a credible manner. “While we now know where Peng is, I have serious doubts that she is safe, free, and unaffected by censorship, coercion, or intimidation,” Simon said.

Longtime IOC member Dick Pound said those on the November 21 call with Peng came to the “unanimous conclusion” that she is fine, and he was “puzzled” by the international response to the call.

Peng’s allegations against Zhang, who has faded from public life since his retirement in 2018, have not been acknowledged by Chinese authorities, and there is no indication that an investigation is underway. It’s unclear whether Peng has filed a police report about her allegations.