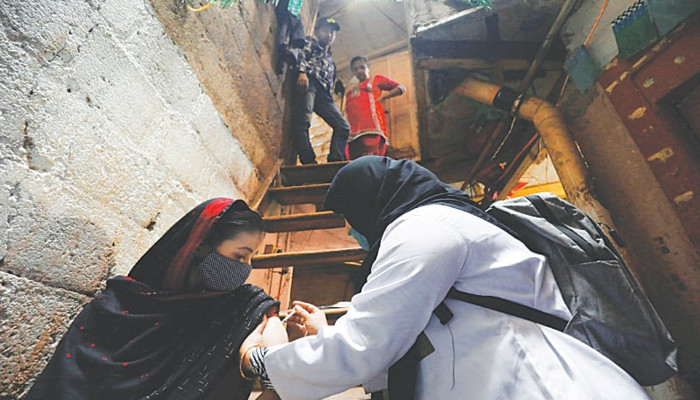 As the Omicron outbreak persists, Pakistan’s COVID-19 positive ratio has increased to well over 7 percent. Pakistan’s COVID-19 positive ratio increased by more than 7% as the country recorded 3,567 new cases in the previous 24 hours, the highest number since September 10, 2021, according to statistics from the National Command and Operation Center (NCOC).

As reported by the National Center for Occupational Safety and Health, 48,449 tests were done across the country and 3,567 infections were discovered, resulting in a positive percentage of 7.36 percent. On August 31, 2021, the country’s infection rate was 6.64 percent, which was the lowest recorded in the country’s history.

A conference of the education ministers was convened yesterday (Thursday) to discuss the future of schools in the wake of the appearance of the Omicron variant. However, the meeting was later postponed until next week due to the high number of coronavirus infections in the country.

The risk of infection in Karachi has increased significantly.

Sindh Chief Minister Murad Ali Shah stated Friday that the decision to impose a lockdown and suspend educational institutions will be made in accordance with the recommendations of the National Coordination Committee.

Asked about the fast spread of coronavirus infections in Karachi by the media, CM Shah stated that the issue was under control because the number of hospitalizations and patients admitted to intensive care units (ICUs) in the port city had decreased significantly.

Even tho Karachi had reported the greatest number of COVID-19 cases the day before, the Sindh chief minister assured that the demand on hospitals was not growing.

It was reaffirmed that “whatever plan we take, it would be done in conjunction with NCOC.”