Home World News The Omicron may be milder in the young and old.
Facebook
Twitter
Telegram
WhatsApp 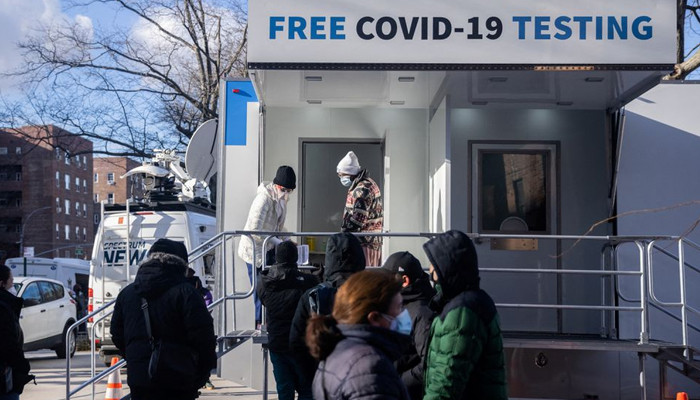 The Omicron variant of COVID-19 may cause less severe disease than the more common Delta strain, but it should not be called “mild,” WHO officials said on Thursday.

As for clinical management, Janet Diaz said that early studies showed that the variant first found in southern Africa and Hong Kong in November had a lower risk of hospitalization than Delta had.

At the same time, there appears to be a lower risk of severe illness in both younger and older people, she said.

She didn’t give more information about the studies or the ages of the people who were studied. The remarks about the reduced risk of severe disease are in line with other data, including studies from South Africa and England.

How the new variant will affect the elderly is one of the big questions that hasn’t been answered yet. Most of the cases studied so far have been in younger people.

“While the Omicron appears to be less severe than Delta, especially in people who have been vaccinated, this does not mean that it should be called mild.” This is what the director general of the World Health Organization said at the same Geneva briefing.

“Omicron is hospitalizing people and killing people, just like in the past.”

If the Omicron and Delta spread the virus around the world, he said there would be a “tsunami” of cases. The virus has killed more than 5.8 million people around the world, and governments are struggling to control it.

Tedros made the same call for more fair distribution and access to vaccines around the world.

Tedros said 109 countries will not meet the goal set by the WHO for 70 percent of the world’s population to be fully vaccinated by July 1st, as set by the WHO. That goal is thought of as ending the acute phase of the pandemic, which is when people get sick.

This is what the doctor said: “Boosters in a few countries will not solve the problem, while billions still have no protection.”

A WHO adviser says there are still 36 countries that haven’t even gotten 10% of their people vaccinated. Among the most seriously ill people in the world, about 80% had not been vaccinated, he said.

In September 2021, a new variant of B.1.640 was found in several countries. Maria van Kerkhove, the WHO’s technical lead on COVID-19, says that the WHO is keeping an eye on the variant, but it isn’t very common.