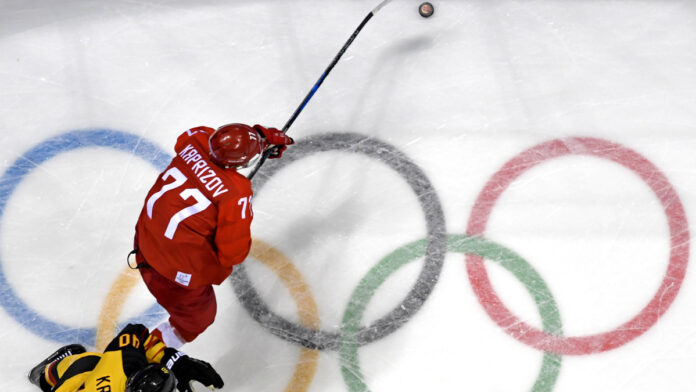 Days and weeks before the Olympics, things looked like they were going to stop NHL players from going to the Olympics. On Tuesday, it was said that the NHL and the NHLPA had agreed not to send players to the Olympics. That was confirmed on Wednesday morning, and it was the same for the other side.

It’s great that NHL players want to represent their countries and play in a “best of the best” tournament, and the league respects and admires that. As a result, we have waited as long as possible to make this decision while we looked into every possible way for our players to compete in the 2022 Winter Olympic Games. Because of the huge changes to the NHL’s regular-season schedule caused by recent COVID-related events, Olympic participation is no longer possible. So far, 50 games have been postponed thru December 23. There were a lot of great efforts made by the International Olympic Committee, the International Ice Hockey Federation, and the Beijing Organizing Committee, but the current situation has made it impossible for us to go ahead, even tho we tried. There will be an Olympics in 2026.

Our main goal and focus has been and must be to finish the NHL regular season and Stanley Cup Playoffs in a safe and responsible way in a timely manner. So, with strict health rules in place again, we will start rescheduling games that have been, or may still be, postponed during the Feb. 6-22 window that was supposed to be used for the Olympics.

Don Fehr, the executive director of the NHLPA, said that the NHL and the NHLPA agreed that this was the right thing to do.

The CBA extension was signed 17 months ago, Fehr said. Since then, NHL players have looked forward to the Winter Olympics with a lot of excitement. After a few days, it looked like we were on the right track. COVID-19 hasn’t been very nice. This month alone, dozens of games had to be canceled because of COVID-19. We need to use the Olympics to reschedule these games, no matter how much we wish it wasn’t true.