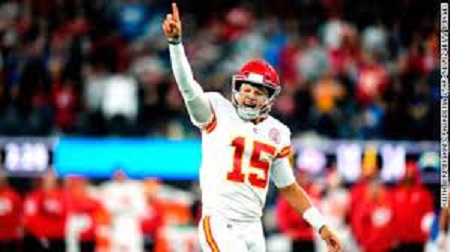 The NFL stated Friday that three Week 15 games would be rescheduled due to Covid-19 concerns around the league.

Saturday’s game between the Cleveland Browns and the Las Vegas Raiders has been postponed for 5 p.m. ET on Monday.

“While our squad and whole organisation diligently prepared for tomorrow’s game as originally scheduled, both on the field and in terms of fan experience,” the team stated in a statement issued by chief spokesperson Peter John-Baptiste.

Sunday’s games between the Washington Football Team and the Philadelphia Eagles, as well as the Seattle Seahawks and the Los Angeles Rams, have been rescheduled for Tuesday. Both games will begin at 7 p.m. ET on Tuesday.

“Since the beginning of the coronavirus pandemic, our focus has been to play our games in a safe and responsible manner, consistent with the best available medical and public health advice, based on protocols developed and implemented in collaboration with the NFL Players Association,” Commissioner Roger Goodell wrote in a memo to each team.

The Covid-19/Reserve list is for players who have tested positive for Covid-19 or who have been quarantined after being in close contact with an infected person or individuals, according to the NFL.

NFL teams are not authorised to remark on a player’s medical status other than to refer to roster status. Clubs are not required to reveal whether a player is in quarantine or has tested positive for the virus.

The Brooklyn Nets, Cleveland Cavaliers, Orlando Magic, and Philadelphia 76ers all have significant sections of their squads and other team personnel enrolled in the NBA’s Health and Safety policy.