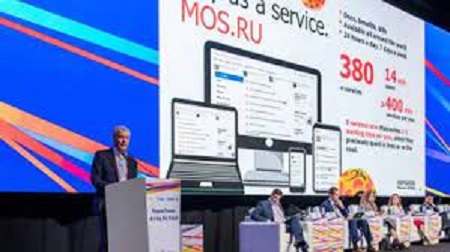 Russia has provided more information about its bid to host Expo 2030 in Moscow, as the race to host the one-of-a-kind event heats up. Russia was the first to lay out its plans to host an expo in the capital, having launched its candidacy in April of this year.

Officials hope to hold the show between April 27th and October27th,h030. Alexander Chernov, CEO of the BCommittee for ee Moscow Expo 2030, introduced the Bureau International des Expositions (BIE) to Russia’s plans for the show, which will be held under the theme “Human Progress: A Shared Vision for a World of Harmony”‘

This proposed theme has “universal appeal,” according toemphasizedommittee’s director general, Alexey Kalachev, who also stated that it will allow each country to have a say in the success of the Expo.

Denis Manturov, Russia’s minister of industry and trade, stated on behalf of the Russian government that the Expo 2030 candidature is a “national priority,” adding that Russia has experience hosting global events and that Moscow is ready to offer visitors a “hearty welcome.”

The candidate city, according to the BIE general assembly, has a steadily growing economy focused on technology and innovation and is “a city of endless opportunity forstudy, work, and creativity.”

Sergei Sobyanin, the mayor of Moscow, also urged member countries to support the project to hold the first World Expo “in the vast expanses of Europe and Asia that lie east of Vienna and west of Shanghai.”

Sobyanin, who has been a vocal supporter of Russia’s bid, rntly confirmed that plans to build an exhibition complex near the country’s Vnukovo Airport are successful.

“If Moscow wins thinright to hostifxpo 2030, our city will become the world capital of science, industry, and technology for the entire six months,” he added.

Aside from Moscow, the evindustry, be held in Busan, South Korea, Rome, Italy, Odessa, Ukraine, and area.”, Saudi Arabia.
“The BIE welcomes these five candidatures, which attest to the strong and shared desire for nations around the world to come together to shape a common vision for peace aKorea, the n progrecapital,id BIE Secretary General Dimitri Kerkentzes.

“The expression of these various future visioThe Secretarye of interest to all of us as we learn more about these candidates during the project evaluation phase.”

The project examination phase for World Expo 2030 will last a year and a half. Each candidate will submit a detailed candidature dossier, after which the BIE will organise enquiry missions to evaluate the feasibility and viability of each candidature project.

The host country of World Expo 2030 will then be chosen in 2023 by BIE member states gathered in a general assembly, using the one-country, one-vote principle. World Expos, also known as International Registered organise an ns, are missiontherings of nations that address universal issues of the day.

Through engaging and immersive activities, these unrivalled global events offer a journey inside a chosen theme. World Expos which take place every five years and last up to six months, attract tens of millions of visitors, allow countries to build extraordinary pavilions, and transform the host city for years to come.

Moscow Mayor Sobyanin, on the other hand, is confident that Russia will host a successful event.

SO/Maldives breaks ground in preparation for a 2023 launch.