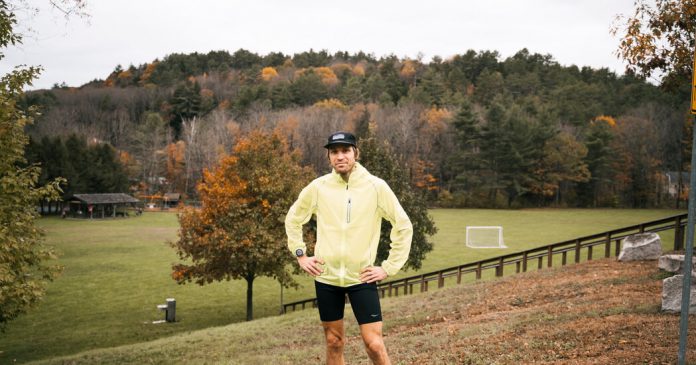 He opted to make his marathon debut in New York because of his close relationship with the marathon’s organisers, the New York Road Runners, and his love of pure competitiveness. Unlike many other major marathons, the New York City Marathon does not use pacesetters. On a famously difficult track, elite runners chase one other rather than the clock.

On Sunday, he will compete against a stacked field that includes four-time Olympic gold and five-time world champion Kenenisa Bekele of Ethiopia. True has never raced with a wristwatch, but he hopes to wear one for the marathon to keep himself honest.

He is familiar with the track and understands how runners might surge at certain places throughout the race, such as Mile 16 off the Queensboro Bridge.
“I thrive on grabbing onto someone and never letting go,” True explained. “However, if Bekele runs a 4:30 mile going over the bridge, I probably shouldn’t try to compete.”

True would like to practise patience, a quality of success that has occasionally been lacking in him. He reflected on 2019, when he jammed his schedule with events and ran in the 5,000 metres at the World Championships while suffering from an Achilles’ tendon ailment. He should have taken time off, he said, but he was afraid of losing his health insurance.

“I was simply in so much agony,” he explained, “and it really made me realise that I had to either move away or make some huge adjustments.” Fortunately, Dan showed up.”

True had made an unusual offer to the high-end running community: he would pay someone $20,000 to run alongside him. He sat for a couple years with no takers. “I’m not sure if people took me seriously,” he said.

Curts, who ran at Iowa State, was back home in Maine when he found out via mutual acquaintances that True was looking for a training partner. He relocated to New Hampshire last autumn and recently convinced Huxham, a second-team all-American at the University of Washington, to join them.