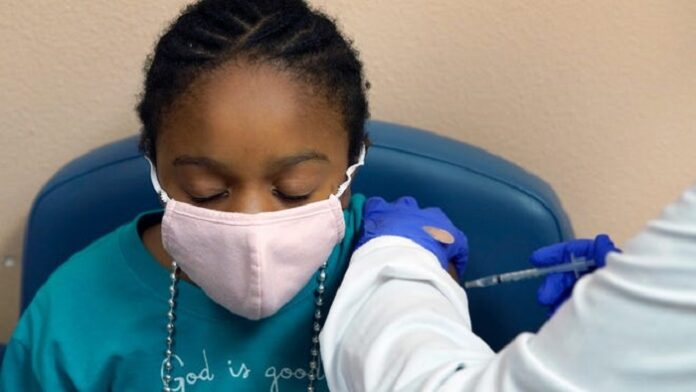 “This is an issue that necessitates a proactive parent and family outreach plan by health care providers who can address questions and persuade families that immunizations are the best approach to safeguard their children,” Roldan noted.

According to a USA TODAY-Ipsos study done last autumn, just about half of parents support forcing eligible students to get vaccinated against COVID-19.

Political affiliation has the greatest influence on support.

California school districts have led the way in mandating the COVID-19 vaccination, but not without opposition.

According to Education Week magazine, Los Angeles and San Diego were both sued for their separate requirements, on the grounds that only the state, not local districts, has the jurisdiction to impose immunizations for kids.

According to the online Los Angeles Daily News, Los Angeles Superior Court Judge Mitchell L. Beckloff decided in favour of the district last week when he dismissed the plea to block the student immunisation mandate.

Because around 35% of eligible children are still unvaccinated, the Oakland Unified School District has pushed back its student COVID-19 immunisation deadline by one month. Students in Oakland who do not comply by the revised deadline in late January will be switched to all-virtual education, according to the district.

Culver City Unified School District in west Los Angeles County was the first to implement such a policy. Students aged 12 and above were required to produce proof of immunisation by November 19.

All public and private students in California will soon be subject to a statewide vaccine mandate, although the order, issued in August by Gov. Gavin Newsom, will not take effect until the vaccine is completely authorised for youngsters aged 12 to 15, which is expected in autumn 2022.

The Food and Drug Administration has granted emergency use authorisation to the Pfizer-BioNTech COVID-19 vaccination for children aged 5 to 15. The FDA has officially cleared the vaccination for youngsters aged 16 and over.