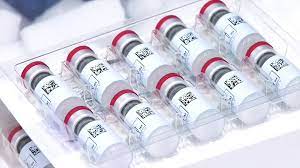 Boosters may be available by late next week if the Food and Drug Administration and the Centers for Disease Control and Prevention adopt the suggestion, as expected. Many committee members, however, expressed their belief that Johnson & Johnson’s patients would benefit from the possibility of a supplemental dose of the Pfizer-BioNTech or Moderna vaccine, which a top FDA official indicated the agency was evaluating.

With a series of votes over the past month to recommend boosters for all three coronavirus vaccines used in the United States, the panel set aside significant divisions and scepticism about whether extra shots are needed and moved ever closer to President Biden’s August call for boosters for all adults.

If the Food and Drug Administration and the Centers for Disease Control and Prevention support the committee’s latest recommendations, well over 100 million fully vaccinated people will be eligible for boosters, despite the fact that some scientists argue that the evidence supporting boosters is still weak and that it would have been better to focus on reaching the unvaccinated, including those living abroad.

Johnson & Johnson vaccine took a pounding during Friday’s session, as did the F.D.A. for pressing for a judgement without reviewing all of the evidence given by the firm.

However, the panel members appeared to be swayed by the argument that it would be unfair to deny Johnson & Johnson’s recipients an additional shot after endorsing boosters for recipients of the other two vaccines, especially given evidence that Johnson & Johnson provides the least protection of the three.

“There is a public health priority here, because what we’re seeing is that this is a group with generally poorer effectiveness than we’ve seen with mRNA vaccines,” said Dr. Arnold Monto, interim head of the committee and professor of epidemiology at the University of Michigan School of Public Health. “There is a sense of urgency to do something.”

On the second day of booster discussions, the committee was divided on whether it would be prudent to begin offering additional doses to younger recipients of the Pfizer and Moderna vaccines soon.

The government’s current plan is to provide boosters of those vaccinations to persons 65 and older, as well as younger folks who are at high risk due to medical problems or employment. Although no decision was made on expanded qualifying requirements, Dr. Monto and others viewed the matter as becoming increasingly urgent.

The panel was particularly intrigued by early evidence indicating that Johnson & Johnson patients could benefit more from a booster injection from Moderna or Pfizer. Despite the fact that no vote was taken, Dr. Peter Marks, who leads the Food and Drug Administration’s vaccine division, stated that regulatory action to enable boosters with a different vaccine was “possible.”

While some experts emphasised that the data was based on small groups of volunteers and short-term results, others urged the F.D.A. to move quickly with what has quickly become known as a mix-and-match approach, particularly for recipients of Johnson & Johnson vaccine, which is much less widely available.

Others expressed concern that the public would get confused if the government continued to widen the categories of persons eligible for boosters and which vaccine might be used for extra injections.

“I hope we can accomplish this in a way that doesn’t appear to be changing regulations all the time,” said Dr. Stanley Perlman, an immunology professor at the University of Iowa.

On Friday, health authorities and committee members argued that the single-dose Johnson & Johnson’s vaccination has long been less effective. Dr. Amanda Cohn, a high-ranking C.D.C. medical officer, said a single dose of Johnson & Johnson vaccine provided less protection than two doses of Pfizer or Moderna’s mRNA vaccines — a gap that would only widen if it remained a one-shot regimen while the other two-shot vaccines were followed by a booster.